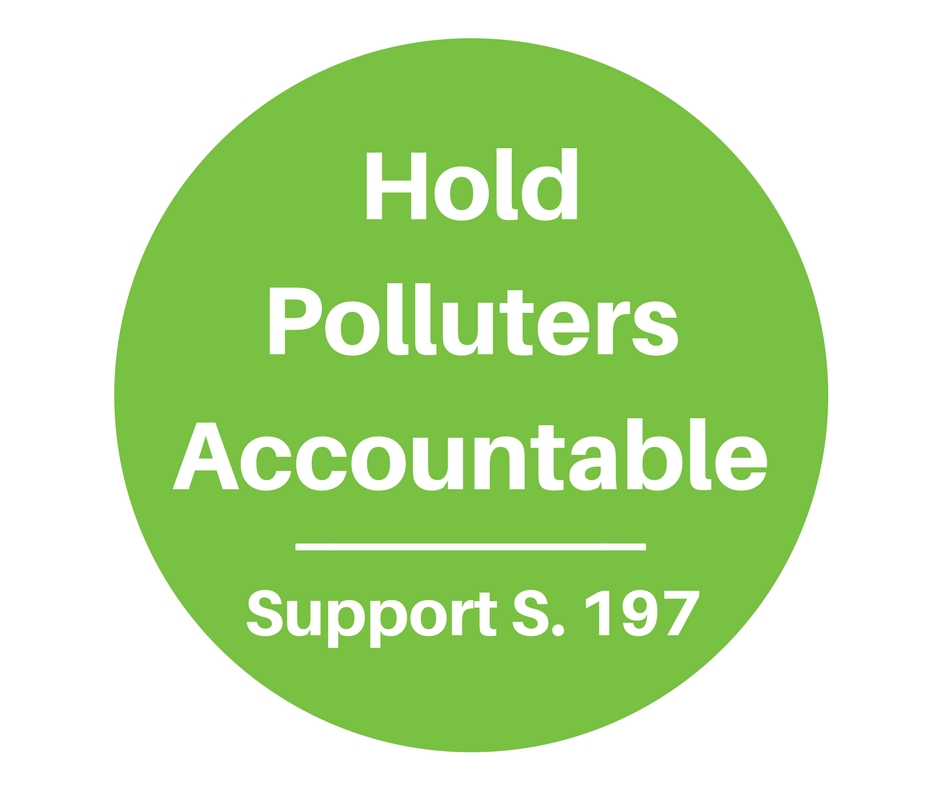 At Community Action Works, we believe that polluters should be held accountable. Vermont has the chance to do just that by passing legislation to support people who have been poisoned with toxic contamination.

S. 197, An act relating to liability for toxic substance exposures or releases, would help people affected by toxic contamination hold polluters accountable for medical testing to see the impact on their health. When neighbors in Bennington discovered PFAS in their drinking water — with some wells testing at over 100 times the state limit — they were scared. PFASs, or per- and poly-fluoroalkyl substances, are linked to reproductive disorders, cancers, and more.

This bill would allow people affected by toxic chemical contamination, like the families and neighbors in Bennington, to seek funds for medical testing from polluters. Early discovery of diseases could limit the risk of many medical conditions linked to toxics like PFAS, but currently no legislation allows people who need medical testing to recover costs from polluters. So, too many people go without testing until it’s too late.

After Bennington brought the PFAS contamination crisis to light, local leaders and elected officials across the state took action — and took a hard look at our laws. S. 197 is one of the laws experts recommended to protect and defend our health. And unsurprisingly, corporations are strongly opposed to being held accountable for their pollution.

Polluters should be responsible for the harm they cause. Write to your representatives and urge them to support this bill for the health of all Vermonters.