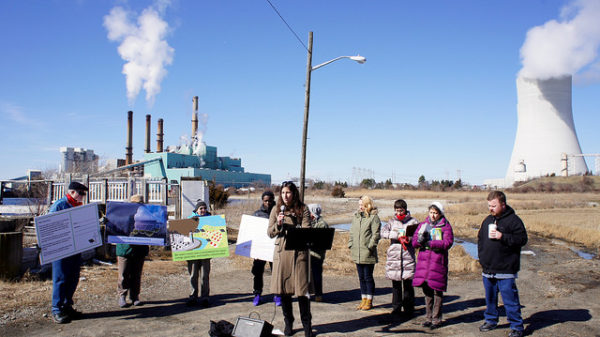 On May 31st, Brayton Point coal plant, the largest fossil fuel power plant in all of New England, retired permanently. Community Action Works first started working with residents in ​Somerset, Mass. a decade ago, and at the time, the town of 18,000 was home to two coal-fired power plants which represented nearly half the community’s tax base.

With your support over the years, our staff provided strategic campaign advice, community organizing training, and side by side assistance. We helped Pauline Rodrigues, Connie Brodeur and other members of ​Coalition for Clean Air South Coast ​convince the owner of the smaller, older coal plant to retire on schedule in 2010, and together we developed a vision for responsible retirement and just transition. Then, together we launched a multi-year effort to responsibly retire Brayton Point.

Now more than ever, we need to join community members and workers to fight for a better deal for workers and to redevelop the site with clean energy. Pauline Rodrigues said she never thought the day would come that Brayton Point would close: “My biggest concern was always clean air,” said Pauline, “The fact that my grandchildren will breathe cleaner air is what kept me going.”