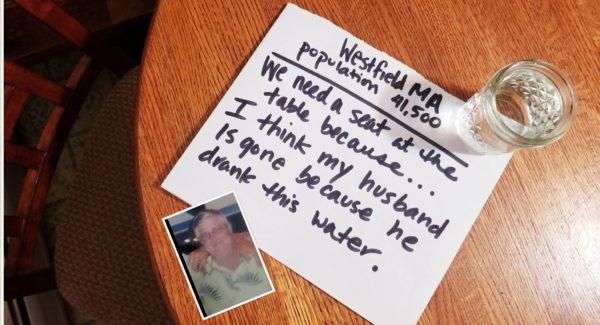 One year ago today, we joined with activists from across the country to create the National PFAS Contamination Coalition. Together, it represents nearly 20 communities in 11 states, and we’ve spurred national action on an issue that for too long has been ignored.

PFAS, or per- and polyfluoroalkyl substances, are in the drinking water of more than 110 million people across the country — a number that continues to climb as the crisis is uncovered. Used in firefighting foam and non-stick coatings like Teflon, these toxic chemicals are linked to cancers, kidney disorders and decreased immunity. For decades, companies manufacturing and using these chemicals like DuPont and Saint Gobain have exploited loopholes in our safe drinking water laws meaning most communities don’t have to test for PFAS chemicals, much less clean them up. They represent one of the greatest public health crises of our time.

In the past month, the coalition made national news when we demanded to be included in the EPA’s PFAS summit — which the agency planned without inviting the communities most affected. We won at least one seat at the table, pushed the EPA to commit to setting a federal standard for PFAS in drinking water, and made it clear that we won’t be ignored.

See more on why the community leaders in the coalition need a seat at the table.

We know there’s more work to do. Polluters are refusing to take responsibility for cleaning up water they poisoned for decades. Last month, the White House suppressed an important health study on PFAS for fear of a “public relations nightmare.” And communities across the country still can’t trust the water coming out of their taps.

But we’re inspired by the local leaders who have stepped up to protect their communities and by the members of the coalition who are committed to creating national change so that nothing like this happens again.

Looking to get involved? Join us on June 25-26 for the first regional EPA summit on PFAS in Exeter, NH, and help inform the EPA’s plan to clean up PFAS.