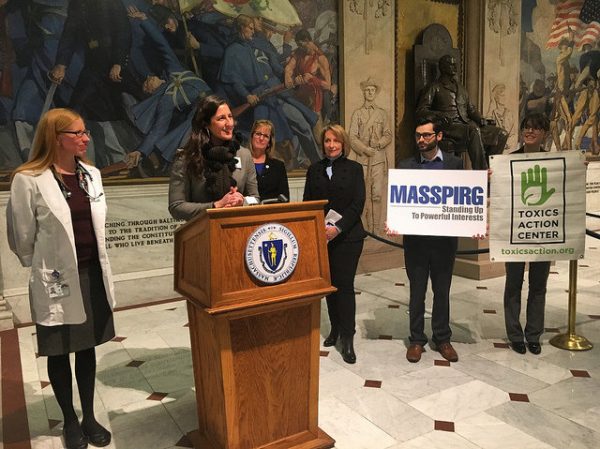 [Boston] – Citing growing evidence of pervasive lead contamination in schools’ drinking water, a coalition of lawmakers, public health, community, and environmental leaders today launched a new Get the Lead Out campaign. An analysis by MASSPIRG and Environment Massachusetts of 16 state laws gave Massachusetts a grade of ”D”, inadequate to prevent children’s drinking water […]

On the one-year anniversary of the discovery of PFOA contamination in private drinking water supplies in Bennington, lawmakers are working to improve toxic pollution protections for Vermonters FOR IMMEDIATE RELEASE One year ago this week, the toxic chemical PFOA was discovered in private wells in Bennington and North Bennington, Vermont. Since then, PFOA has been […]