According to the EPA, Americans generate over 250 millions tons of trash each year. Right now, most of that trash doesn’t get recycled or composted. Instead, it ends up in landfills and incinerators, polluting the communities that house these facilities and exacerbating our climate crisis. We believe in moving toward zero waste to keep our  communities safe and healthy and advance economic equality in the process.

Due largely to lax governmental regulation on an ever-growing chemical industry, everyday products that are used and thrown away contain more toxic chemicals than ever before. When these products end up in landfills or incinerators, the toxins pollute the air we breathe and the water we drink. 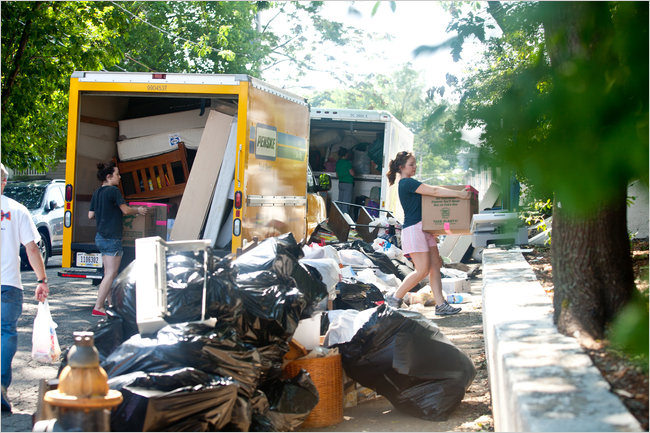 More than 60,000 untested chemicals pervade the consumer products on our shelves and in our homes.

All landfills leak. Landfills are bad for our health and environment.
In 1988, the EPA stated all landfills will eventually
leak. That means that runoff from 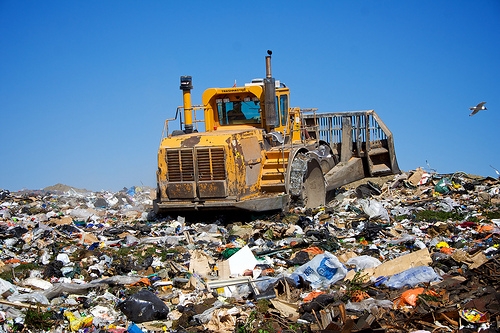 landfills, carrying with it toxic chemicals from our waste, ends up in our water supplies. Many communities surrounding landfills have had their drinking water contaminated by leaking landfills.

A major source of methane. The EPA also found landfills to be the third-largest source of human-related methane emissions in the United States. Methane is a greenhouse gas 86 times more potent than carbon dioxide according to the Intergovernmental Panel on Climate Change, making it a powerful contributor to our climate crisis.

Additional concerns. Landfills give off potentially harmful gases and odors that can permeate neighborhoods, linked to birth defects and other serious health problems. Another concern is the post-closure period in which many facilities are used as the base for athletic fields, playgrounds, parking lots or other facilities after their active period is over. Post-closure uses such as these can lead to cracks in the cover and subsequent leakage.

For more information on landfills, see our report Casella: Coming to a Community Near You?

Incinerators:
Incinerating our waste releases toxic chemicals such as lead and mercury and produces additional byproducts like dioxins. In turn, this process leads to respiratory issues and can be potentially carcinogenic. And incinerators don’t eliminate the need for landfills, either. Incinerators produce toxic ash when the toxic chemicals and heavy metals in the waste concentrate at the bottom of the stack. This highly concentrated toxic waste then has to be disposed of in a landfill.

Another problem with incineration is that fugitive emissions are often released by “tipping floors,” or the areas where the waste collects before it goes into the stack. The waste begins to decompose and releases toxic chemicals into the open air, threatening worker health and safety and impacting nearby neighborhoods.

The harms of gasification, pyrolysis, and more. Gasification, pyrolysis, and plasma arc technologies are marketed by industry as a “green” method of waste management, but this is not true. Gasification and pyrolysis are considered to be “green” because they are sold as an alternative to fossil fuels. Burning waste, however, is not environmentally sound since toxins are still released into the air. These facilities burn waste with little or no oxygen, making them very similar to traditional incinerators. Also like incinerators, gasification facilities release toxic ash into the air that harms our health and environment. There are safer energy alternatives that produce energy at lower prices like wind and solar energy. Gasification diverts energy and resources away from cleaner energy sources and recycling efforts. 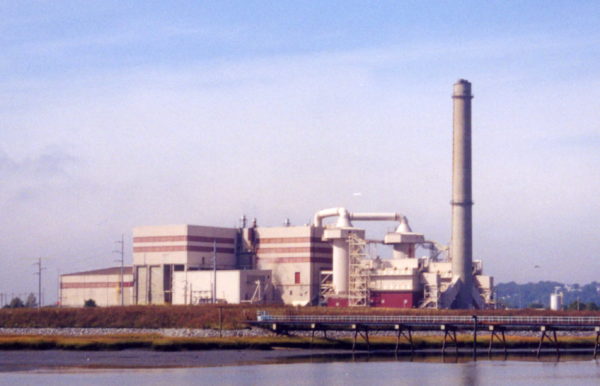 Quality of life is impacted by incinerators, as communities are plagued by odors, air pollution, and increased truck traffic.

Sludge:
Sludge is a material generated by wastewater treatment plants often used as fertilizer on fields, in gravel pits, and on forestry lots. Sludge contains measurable quantities of pollutants, such as heavy metals, dioxin, and other toxic chemicals. Sludge also contains pathogens–human germs, bacteria, viruses, and parasites. And sludge smells: sludge odor is more than just a nuisance, it is a public health threat, which has been linked to respiratory problems and death.

Because the waste business has become a commercial, money-making venture, industry lobbyists have worked to control the laws and regulations surrounding it. Regulations make it difficult for communities to effectively regulate waste management facilities and devote resources to recycling or waste reduction programs.

Large corporations dominate all aspects of the market and benefit from operating landfills, incinerators, and recycling facilities. Since the waste management facilities have become big businesses, the corporations often put profit about the health of the communities they operate in.

Our goal is to move toward zero waste! The solution to waste rests in reducing the volume and toxicity of our garbage. Zero waste aims for the elimination, rather than simply the “management,” of waste. “Waste” is something cast off with little to no value – but many items individuals throw away have value to other people, businesses, and communities. For instance, organic “waste” is the feedstock of a commercial composting operation, which turns food, leaves, brush, and manure into compost to feed the soil at farms and residential and business landscaping projects.

Zero waste is not any single technology, program, or policy. Zero waste is a goal, a process, and a vision that shifts how we think about and use resources: it is a whole-system approach that targets a major change in the way materials flow through our economy.

Zero waste is a bold approach to waste management that looks at both the both the front end (production and design) and the back end (reuse and reprocessing) of material flow and solutions to connect the two. Zero waste centers around reducing needless consumption, minimizing waste, maximizing recycling, and incentivizing the manufacturing of products that can be intentionally reused, repaired, or recycled back into the marketplace. 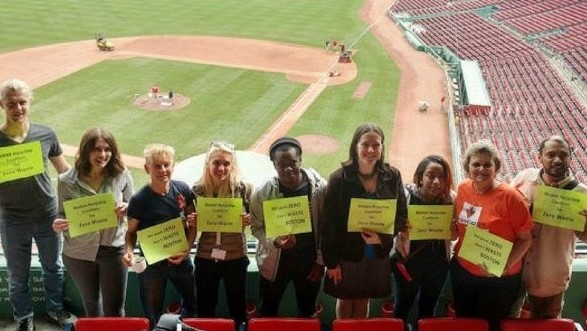 Working toward zero waste means the opportunity to advance economic equity and right historic wrongs. Studies show marginalized groups are by far the most affected by toxic waste. In a study by the Nuclear Regulatory Commission, they found communities with two or more facilities or one of the nation’s five largest landfills, the average percentage of people of color in the community was more than three times that of communities without these facilities.

By moving away from these harmful methods, these communities finally have an equal opportunity to thrive. Our zero waste initiative stands for safe jobs for industry workers, the benefits of a zero-waste economy shared equitably, and a waste system that is healthy for all.