Working Together for Climate Justice 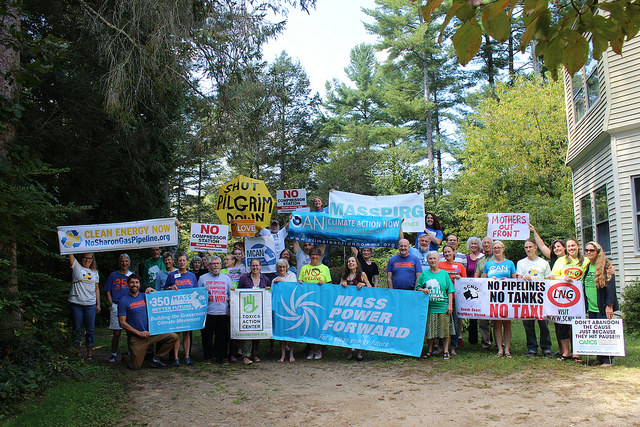 More than 25 groups from across Massachusetts joined Mass Power Forward at our second annual retreat focused on environmental justice.

This fall marked the second anniversary of Mass Power Forward, a grassroots coalition organizing together for climate justice. In the past two years, the coalition has grown to include more than 200 community groups, businesses, religious organizations and others in Massachusetts. Already, these allies stopped new fracked gas projects and won passage of legislation that pushes forward clean energy solutions.

To mark the anniversary, Community Action Works and more than 25 community leaders gathered for an overnight retreat to learn, network and hone our joint campaigns. This year’s theme was Environmental Justice, which allowed leaders to add new justice elements into the coalition platform.

“What was great was the opportunity to get to know who people are,” commented an attendee, “it’s so important for the work we are trying to do. The overnight played an important role in allowing people not only time to talk, but also creating a camaraderie that would not have been there in a daylong session. I would love to do this again.”