Last month, activists made waves across Maine to protect our state from being trashed with waste that isn’t ours.

In September, you helped flood the Board of Environmental Protection with comments to close a giant loophole that allows out-of-state waste into a state-owned landfill in Alton.

At the hearing about closing the loophole, community leaders from towns surrounding this giant landfill came out—on Zoom—to give hours of testimony.

This fight is ongoing. But in the meantime, Sunlight Media Collective produced a powerful 14-minute film highlighting local leaders and explaining how we got into this mess, and you can check it out for free. 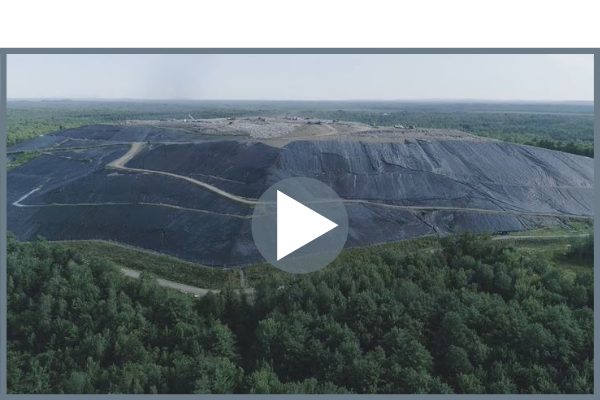 Watch this free, 14-minute film, produced by indigenous and non-indigenous media makers and activists in Sunlight Media Collective, to learn more about how Maine’s largest landfill came to accept so much out-of-state waste.

The state’s largest landfill is located among working class communities and threatens survival for members of the Penobscot Nation as the landfill’s leaking pollution threatens fishing, hunting, and the habitat for medicinal plants.

The landfill is also directly adjacent to the aquifer that provides drinking water for many more people.

But community leaders are rising up to change that. Don’t Waste ME is a coalition of people across Maine working for responsible policies that protect the health of communities most at risk from landfill pollution.

Together with Don’t Waste ME and people like you, we’re fighting to stop Maine from being the dumping ground for our region.