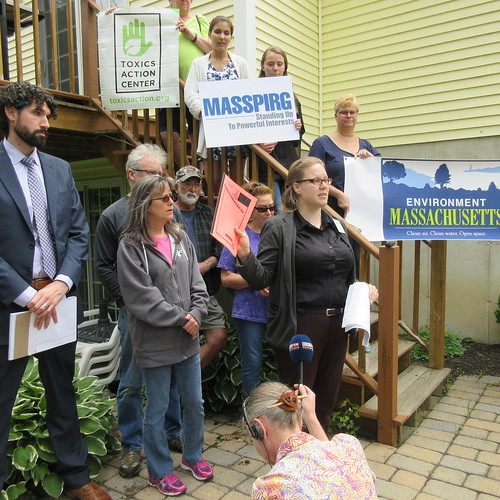 This June, Community Action Works and Environment Massachusetts announced that they have filed a lawsuit in the federal court in Worcester against Casella Waste Systems over the release of toxic pollutants from the Southbridge Landfill. The landfill’s pollution has contaminated more than 80 home’s drinking water wells, a nearby stream and wetlands with lead, 1,4-dioxane, trichloroethylene, other chlorinated volatile organic compounds, and arsenic.

“After twenty years of toxic chemicals leaking from the landfill, those same chemicals have been discovered in homes throughout Charlton and Sturbridge — homes that were previously clean,” said Kirstie Pecci, local landfill opponent and Community Action Works board member, “This is no coincidence. We hope this lawsuit serves as a wake-up call to Casella and all those who have turned a blind eye while their neighbors were put in harm’s way.”