With you by our side this year, we assisted more than 100 communities on the frontlines of environmental and health threats across the Northeast. Grassroots leaders are doing courageous work to join together around the vision of a healthier and more just world. In these challenging times, together we are winning victories and trailblazing the way for the rest of the country to follow, while building stronger, healthier communities across our region. 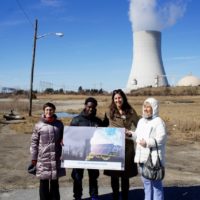 In 2017 you joined us in making progress to transition our region away from dirty energy and towards a 100% clean, renewable energy future for all. In May, Brayton Point coal-fired power plant, the largest fossil fuel plant in New England, closed permanently. We’re proud of Coalition for Clean Air South Coast, including Connie Brodeur, Pauline Rodrigues, Emily Johns, David Dionne, Reverend Jim Hornsby, Rachel Mulroy and others who organized for years for a just transition away from coal and are continuing to fight to transform the town of Somerset, Mass. into a leader on offshore wind energy.

This year we took our celebration of the transition from a coal-fired plant to a solar farm in Holyoke, Mass to the next level.  As members of Action for a Healthy Holyoke, we joined Neighbor to 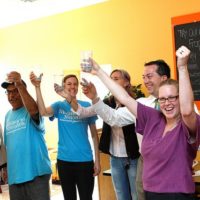 Neighbor Mass., including Carlos Rodriguez, Rosa Gonzalez, and Carmelo Diaz in not only transforming Mount Tom from “coal to sol!” but this year, we also welcomed the largest commercial-scale energy storage facility in the state.

Christina Dubin and Sarah Uhl from Citizens for Clean and Fair Power in Portsmouth, NH continued work to retire the Schiller and Merrimack coal-fired power plants, introducing a resolution to ensure that the polluting facility in Portsmouth is redeveloped with clean energy and healthy economic development. Tiffany Mellers and Jorge Cruz from the Healthy CT Alliance in Bridgeport, Conn. continued critical efforts to reduce pollution at the Bridgeport Harbor coal plant, slated to close in 2021. 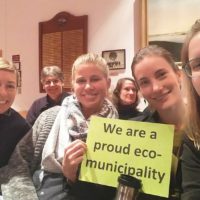 This year the grassroots movement against fracked gas was stronger than ever. South Shore and South Coast, Mass. residents united to convince Spectra Energy to abandon their Access Northeast proposal to build new and expanded pipelines, a compressor station, and a massive gas storage facility. Congratulations to Bri Mcalevy, Beth Rodio and Phil Pitha from No Sharon Gas Pipeline, Jennifer Wexler, Tammy Rose and others from No Canton Gas Pipeline, Wendy Graca, Les Dakin, and Councilor Roger Cabral from South Coast Neighbors United, Rachel Mulroy from Coalition for Social Justice and Tracy Manzella from Citizens Against the Rehoboth Compressor Station for their amazing victory. 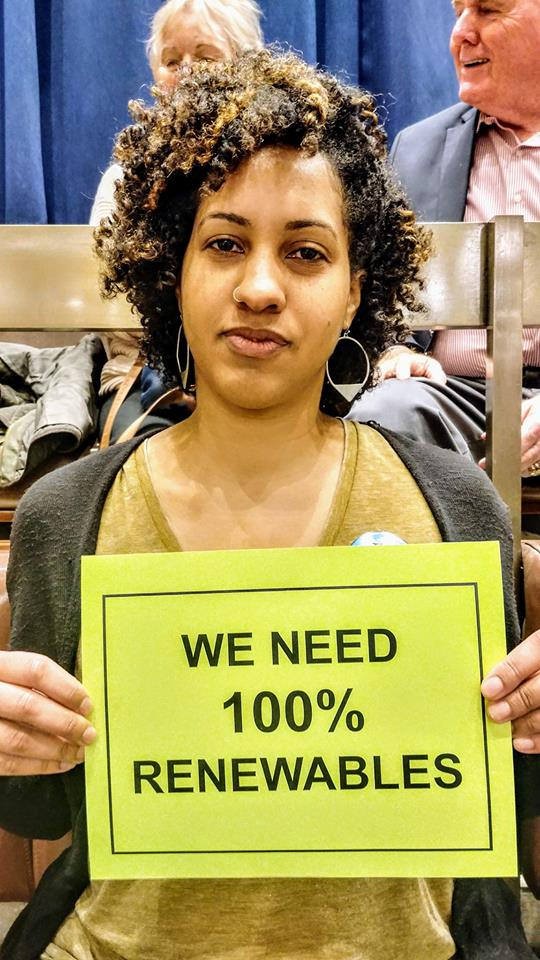 In Weymouth, Alice Arena and others from Fore River Residents Against the Compressor Station continued work to halt dangerous fracked gas infrastructure in the already overburdened Fore River neighborhood. They reached a major milestone when Governor Baker put the project on hold to conduct a health study. Shout-outs to our long-standing allies in these fights Jane Winn, Rosemary Wessel, Katy Eiseman, Susan Theberge and Cathy Kristofferson. Keep Rhode Island Beautiful and Burrillville Against Spectra Expansion built momentum in their fight to halt a new fracked gas power plant proposal.

Countless local leaders joined us at the table as part of the statewide coalition Mass Power Forward, where we worked together to stop subsidies for new pipelines and get Massachusetts on a pathway to 100% clean, renewable energy for all. And in Vermont, we continued critical work with the Energy Independent Vermont Coalition, culminating in our Crossroads Conference. Thanks to all who took action! 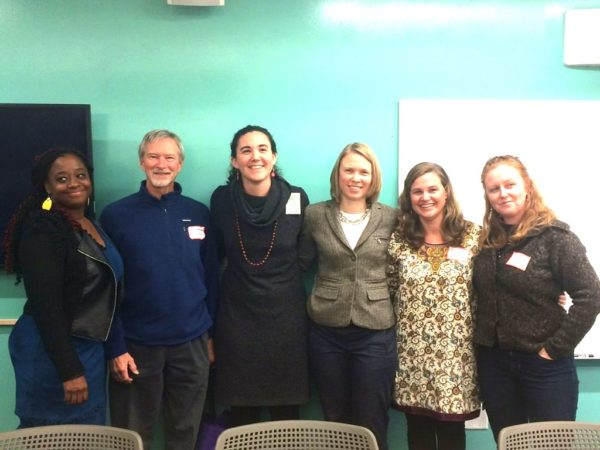 Over the past year, thousands of families from North Bennington, Vt. to Merrimack and Portsmouth, NH to Westfield, Mass. learned their drinking water was polluted by chemicals linked to kidney disorders, cancer, and more. Loopholes won by companies like DuPont and St. Gobain mean that they aren’t required to test for these chemicals or clean them up. We’ve been working with courageous activists to fight for clean water and to hold polluters accountable.

Together with ​Northeastern University, Silent Spring Institute, and Andrea Amico, Alayna Davis ​and ​Michelle Dalton from Testing for Pease in Portsmouth, we held a national 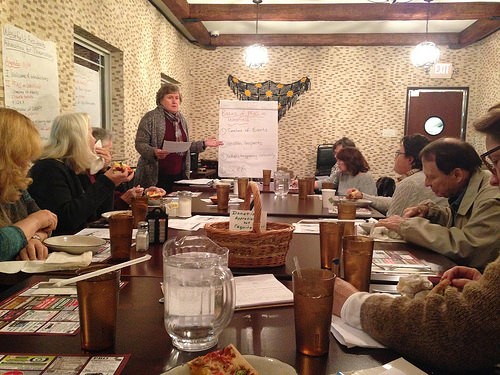 conference for communities facing PFAS contamination in drinking water. Joined by Laurene Allen and ​Carol DiPirro from Merrimack Citizens for Clean Water, Kristen Mello and Councilor Mary Ann Babinski from Westfield Residents Advocating for Themselves, Sue Phelan and Steve Seymour from GreenCAPE, and ​over 20 other​ grassroots leaders from across the country, we launched a new national network to support communities fighting for clean drinking water. ​We know that ​2017 was just the beginning!

Arise for Social Justice and Coalition for Social Justice joined with us to launch a regional effort for climate justice focused on curbing fossil fuels and on making sure poor communities and communities of color can benefit from energy efficiency and the clean energy economy. We’re grateful for their partnership!

For years, residents abutting Casella’s landfill in Southbridge have been organizing for clean drinking water after the dump contaminated more than 80 private wells with cancer-causing chemicals. John Jordan and others formed the community group Clean Wells, and together with attorney Kirstie Pecci, our staff and the National Environmental Law Center, we helped convince Casella to announce plans to close the dump for good. 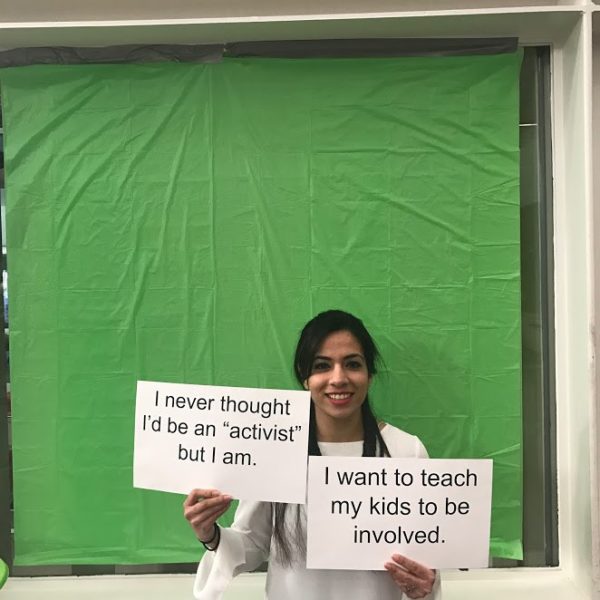 Casella also continued efforts to expand their massive landfill in Old Town, Maine, sited near Penobscot Nation and the Penobscot River Watershed. Local Penobscot Leaders including Maria Girouard continued to team up with long-term activists like Ed and Cheryl Spencer to fight this plan to expand the burden of pollution in their watershed. Likewise, Growing Without Garbage, led by Kelly McCann and Kristina Zontini, stopped a Casella landfill expansion in Bethlehem, NH.

Protect South Portland, the same group that halted Exxon-Mobil’s plans to bring tar sands into Maine, passed a nation-leading ordinance banning toxic lawn pesticides on private and public lands in South Portland, Me. in 2016 that inspired other cities and towns to act. In 2017, the Portland Protectors built support for a similar pesticide ban in the City of Portland. Avery Yale Kamila, Maggie Knowles and many others are standing strong against the chemical industry, and planning for victory in 2018. Residents in Falmouth and York, Me., and in Portsmouth, NH also launched campaigns to pass local pesticide bans. 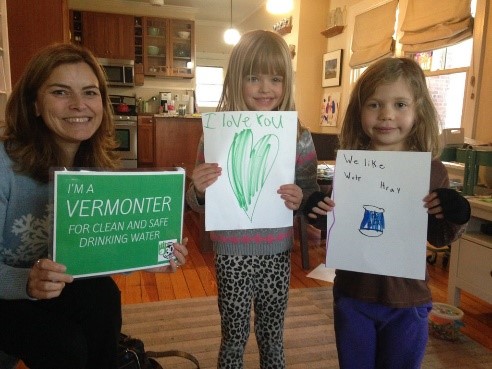 This past fall, after seven years of organizing by the Zero Waste Boston coalition, Boston, Mass. finally committed to becoming a zero waste city, launching a community-engaged master plan process to develop recommendations to increase recycling and reduce waste. We are proud to co-lead this effort to create a circular zero waste economy and economic opportunities for Boston’s poorest neighborhoods, and thankful for our partners Clean Water Action, MassCOSH, Youth on Board, CERO Coop, GAIA, Alternatives for Community & Environment, and others.

Thank you for joining us in paving the way for a cleaner and more just New England. With you by our side, this has been a powerful year. From all of us at Community Action Works – Have a happy & healthy holiday season!