The story that started it all

More than three decades ago, parents in Woburn, MA took action to protect the health of their children when the chemical company W.R. Grace poisoned their drinking water.

That contamination eventually claimed the lives of 14 children.

The high-profile tragedy in Woburn, made famous by the book and movie A Civil Action, led environmentalists to realize that to clean up and prevent environmental threats we need to build community power.

So, in 1987, a group of public health and environmental advocates created Community Action Works. We were founded to work side-by-side with everyday people like those parents in Woburn who rose up to defend their community’s drinking water and the health of their children. Since then, we’ve worked with more than 1,000 communities and trained more than 20,000 people to confront polluters and seed solutions.

Still, everyday people across the country are facing a chemical contamination crisis of their own. “Forever” chemicals known as PFAS have shown up in drinking water from Vermont to Alaska and everywhere in between. 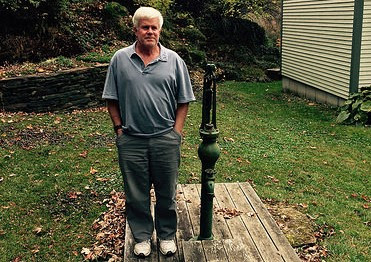 Will you add your name to call for strong drinking water protections to stop contamination by PFAS chemicals?

When local health and safety are threatened by pollution, it is often up to everyday people to make change. But people are rarely taught how to organize a community group and put together a winning action plan.

That’s why we’re working side-by-side with the people most affected by the PFAS drinking water crisis, real people who realized they had poisoned water flowing out of their taps and decided to do something about it.

You can back the people directly impacted by PFAS drinking water contamination whose leadership is pushing change in their communities and beyond.

We know that real, lasting change takes root when people get together and take action at the local level. Thanks for signing on.