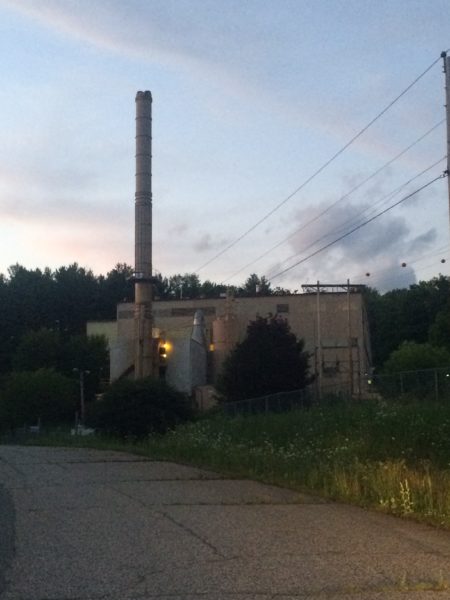 Working on Waste activists in Claremont, New Hampshire, including Katie Lajoie and John Tuthill, celebrated when a large waste incinerator closed its doors in 2013. Now, five years later, after multiple failed efforts to reopen and continue operations, Wheelabrator, the owner and operator of the incinerator, surrendered its permit, making it very unlikely the facility will ever burn trash again.

Burning trash pollutes the air with dioxin—one of the most toxic known chemicals—along with a host of other dangerous toxins such as mercury and lead. We need a better way to manage our waste—one that won’t threaten our health and climate.

There is still work to be done in New Hampshire. This year the legislature drilled another loophole in its ban on burning construction and demolition debris, and waste industry lobbyists got a subsidy for the Concord incinerator passed before the bill was vetoed by the governor.

At Community Action Works, we’ll continue making protecting public health and the environment a priority in our work.