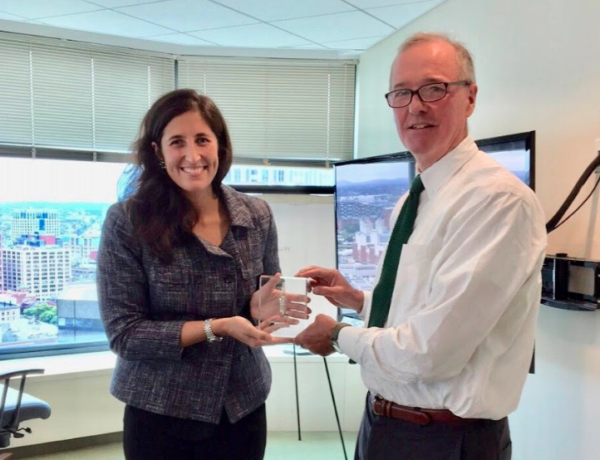 “Under Sylvia’s direction, the Community Action Works has been instrumental in helping local communities and residents become active leaders in closing down the remaining coal-fired power plants in New England and in fighting to stop a major buildout of natural gas in the region,” said Whitney Hatch, the chair of the John Merck Fund.

Sylvia’s career at Community Action Works began as a community organizer in 2006 and she has served as executive director since 2012. Thank you for your outstanding leadership, Sylvia!