Mary is a farm owner and middle-class grandmother in rural Vermont. Until a few years ago, she was also a global warming denier. Then one day, a group of strangers in a truck showed up unannounced on her property.

Mary stormed out the back door and asked these trespassers what they were doing on her land. They said they were just there to survey the right of way for the pipeline. Mary said, “What pipeline?” 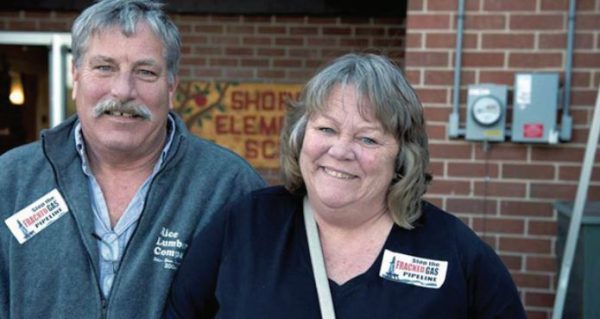 Unbeknownst to her, a huge multinational Canadian gas company was planning to build a high-pressure fracked gas pipeline that would literally run through her backyard.

Mary invited interested neighbors to meet at her house to learn more. Everyone who came was really concerned about public safety threats, especially possible explosions and leaks from the pipeline.

Mary and her neighbors knew they needed a plan to confront this huge gas company. They called up Community Action Works, and our Vermont staffer drove down to meet with them at their homes. 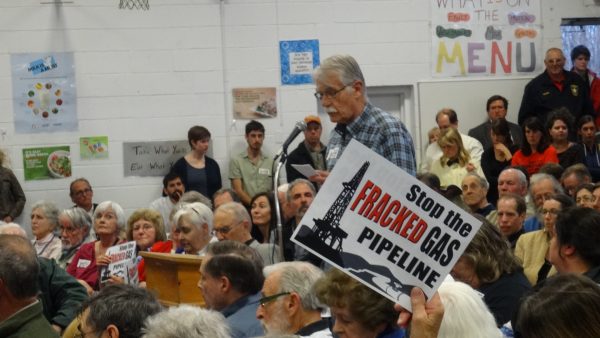 Working side by side, we helped them to build a strong group with a winning strategy that included Mary and other local grandmothers holding a ‘knit in’ at the gas company’s headquarters. The ‘knit in’ received coverage in newspapers across the state. Together, we stopped the pipeline from being built.