“The road was rocky, but eventually the landfill was safely closed, even earlier than we expected, and further environmental risks were avoided.”

The Dangers of Landfills

Unlined landfills are a relic of a past, when we just chucked our old mattresses, household trash, and car batteries into open holes in the ground like old quarries. We know better now! In Vermont, we’ve been closing old unlined landfills for years.

Then, the town of Bristol, Vermont decided to close the old unlined landfill next to the high school, right downtown. Use of the landfill had been going down for years. The town’s original plan was to partner with a big trash company and to take in hundreds of times more waste than the law allows to quickly fill it up before capping it and closing it.

When Sally Burrell, a licensed massage therapist who lived on the dirt road leading down to the old landfill, heard about this, she was astounded. The landfill was old — there no records of what was down there. And adding all of that extra weight so quickly could be like a rock on top of a sponge, just squeezing out all of the toxins into the ground. Worse yet, the landfill was over a sand and gravel aquifer, so if there was a problem, it could have polluted the entire county’s drinking water aquifer!

“The year unfolded with lively discussions among residents, town officials, business owners, state representatives and lawmakers. The biggest victory was that the community grew stronger by working together.” 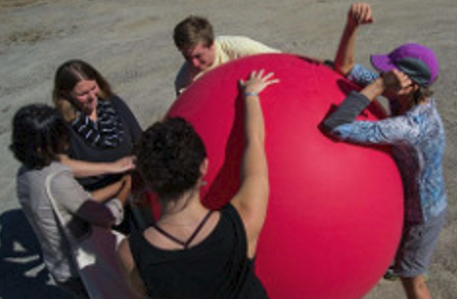 Here at Community Action Works, we take great pride in empowering citizens and helping them develop into community leaders for the broader environmental and social change movement. From speaking to some of our activists, leaders and volunteers, it’s become clear that Zero Waste is needed. As we close down these landfills, we don’t just want to push the trash off to another community in New Hampshire or Quebec. The real solution is to get better at reduce, reuse, recycle, compost.

Communities like Bristol that have faced toxic landfill threats are best situated to show why universal recycling is needed. And there’s a couple of ways we did this:

Our Vermont State Director and community organizer, Shaina, helped Sally and others figure out a plan for how to influence the decision-makers to close down the landfill. One of the important resources that Community Action Works provides is research and information. Shaina was able to provide information about what leaks out of landfills and why pouring more waste on top of an unlined landfill wasn’t a great idea. We even engaged in citizen science, sending up weather balloons outfitted with special cameras to take 360 degree photos of the landfill as a group and analyzing the results.

Next we networked the group. Community Action Works plays a key role in linking up groups with other communities fighting similar campaigns, to share strategy and tactics – and hope! Shaina was able to connect Bristol activists to the broader Zero Waste movement. Like most of the pollution problems we get calls about, this wasn’t the first time we had worked on an issue like this. Through the years, we’ve  worked with several communities that have been fighting landfills such as Moretown, Williston and  Rockingham. We even worked with this coalition and allies to pass the Universal Recycling Law that sets a Zero Waste goal for Vermont — and we continue to keep the law on track. 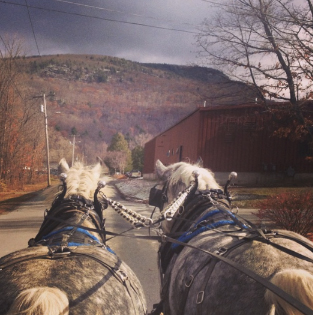 More than anything, we work side-by-side with community groups. Most folks have never spoken at a hearing, held a press conference or lobbied their elected officials. Community Action Works offers a set of trainings to teach community groups skills that are critical to winning their campaigns — and  spend time doing these tactics side-by-side the group. In Bristol, this meant not only how to talk to elected officials to get them to act; but also picking up the trash and recycling in town side-by-side with a community member who runs a horse-drawn curbside service downtown! We started to build support in the community, making sure that other residents knew what was at stake and that they spoke up and get their voices heard.

Sally, her neighbors and local stakeholders were concerned and began to investigate further and work more closely with officials. When the trash company attempted to change the law so they could dump the huge tonnage of trash that they wanted, community members submitted testimony at the Committee hearing of the bill, and the law failed.

As a result, Bristol closed the landfill ahead of schedule, without the additional waste! But it wasn’t over for us just yet. Shaina helped Sally and other activists do a walk through of their town to see what are easy next steps to help Bristol could take to move towards zero waste. They created a great plan with partners in their community like the recreational center, haulers, and the local high school, to help their town achieve each goal — like opening a composting facility in the high school — as well as working towards keeping the Universal Recycling Law moving forward.

After working with us on a backyard campaign, some of our community leaders run for local elected office, some become neighborhood watchdogs, and some — like Sally — go from stopping a landfill to working for Zero Waste!

Want to find out more about how Community Action Works can help you tackle a pollution threat or move towards Zero Waste in your town? Get in touch here.