Stopping Pollution Before it Starts in Canaan, Conn. 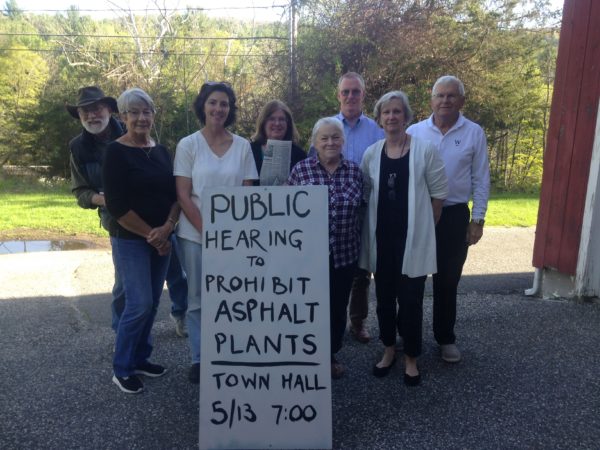 When Robin Markey and Dolores Perotti learned about a proposed asphalt plant in Canaan, Connecticut, they were alarmed. The plant was proposing a “warm mix” asphalt operation, a process that uses toxic chemicals, just a third of a mile from a river and was likely to affect neighborhood well water.

Worried about their drinking water and the impact on the environment, Robin and Dolores got a group of their neighbors together and formed Stop The Asphalt Plant! (STAP!) to stop this threat before contamination could start.

Then they knocked on neighbors’ doors. They wrote letters to the editor in local papers. They collected more than 700 signatures on a petition to oppose the plant. And, this spring, STAP! activists won a key victory when they organized to pass an amendment through the Planning and Zoning Commission to ban asphalt production and storage anywhere in Canaan.