Stopping pesticides one town at a time 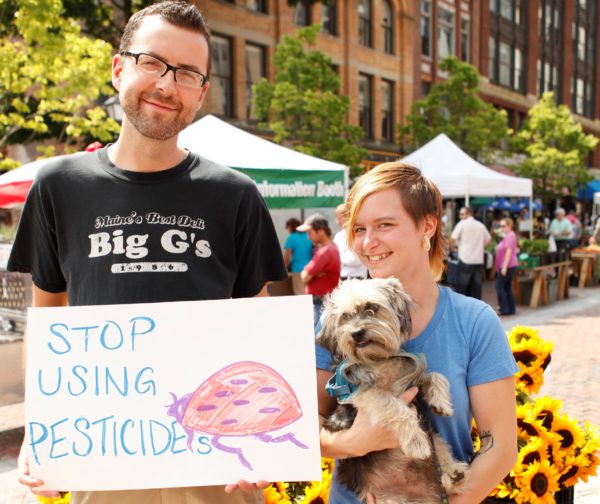 The corporations that produce these pesticides have a powerful hold on the public imagination, pushing their chemicals as a “solution” for killing weeds and stopping pests. That means that in our cities and towns, these chemicals are sprayed over kids’ playing fields, dumped into lakes, and used on home lawns.

It doesn’t have to be like this. Everyone deserves a healthy environment and that means using toxic pesticides has to stop. Last year, chemical giant Monsanto was ordered to pay $289 million in damages to Dewayne Johnson, a groundskeeper who got terminal cancer from using their pesticide Roundup. This was a major victory-but the truth is that Dewayne Johnson should never have gotten cancer in the first place because people like him shouldn’t be made to use toxic chemicals, ever.

The good news is that town by town, things are changing. In Maine, Portland and South Portland have passed some of the toughest pesticides restrictions in the nation. In New Hampshire, Dover restricted pesticides on all public property. In Massachusetts, Petersham and Hinsdale are among the dozens of towns working to curb toxic pesticides-and so far, they’re winning.

It’s time to organize and stop pesticides from being sprayed across our cities and towns. When neighbors come together and take action, townwide change is possible. And dozens of pesticide-free towns together make a strong case for statewide action.

Big change starts small. Together, we can do this.