Stand with Weymouth Against the Compressor Station 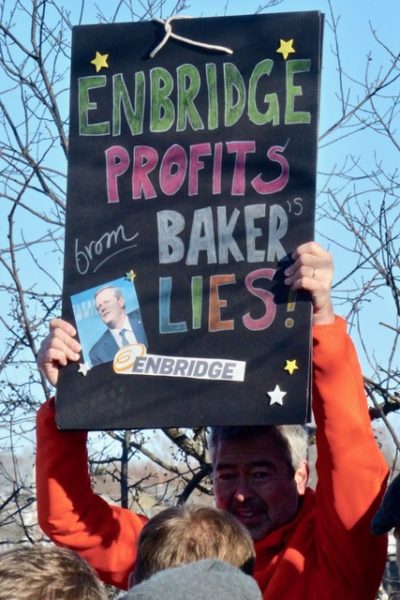 The city of Weymouth is in the fight of its life.

You may have already heard about the compressor station—the most polluting piece of a pipeline—that fracked gas giant Enbridge has proposed in Weymouth. Compressor stations are incredibly noisy and emit cancer-causing chemicals into the air nearby including benzene and formaldehyde.

What you might not know is there is only one thing standing between Enbridge and their pipeline—Weymouth. Residents from the Fore River Residents Against the Compressor Station (FRRACS) have won the support of their neighbors, mayor, and many other elected officials, but one person has been noticeably silent: Governor Baker.

We need Governor Baker to stand up for Weymouth and stop this dangerous fracked gas proposal. Will you make a call today?

In the gas explosions this past fall in Lawrence, Andover and North Andover, many people suddenly lost their homes and heat, and one young person lost his life. An accident at the proposed site in Weymouth would be devastating, as the surrounding area is more densely populated than any other compressor station site in the country.

Activists maintain that this compressor station doesn’t belong in Weymouth, or anywhere else. We don’t need more fracked gas in Massachusetts. But we do need to take action to stop this dangerous plan.

Governor Baker has the power to protect Weymouth from this dangerous, dirty energy. Call him today to demand that he take a stand.

Weymouth neighbors aren’t going away. Join us in standing with FRRACS and let Governor Baker know it’s time to step up.