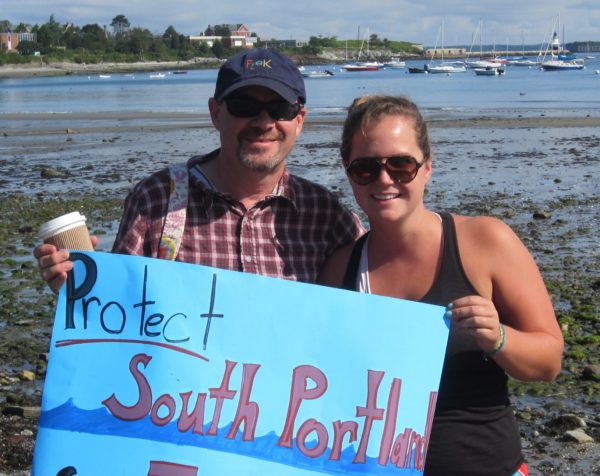 This spring, residents of South Portland, Maine, found out that Global Partners, the owner of 12 of the city’s 120 oil tanks, had been charged with violating the Clean Air Act since 2013. For the last six years, the company had emitted volatile organic compounds into the air at more than twice the rate allowed by its permit. These toxic emissions are known to cause everything from headaches to cancer. Now, residents and the grassroots group Protect South Portland are organizing to hold Global Partners responsible for its illegal pollution.

The last time Protect South Portland fought against pollution they won. In 2014, the group helped pass the Clear Skies Ordinance, blocking ExxonMobil’s plan to load tar sands oil onto tankers in South Portland’s harbor, which would have included two 70-foot smokestacks spewing toxic chemicals. Together, we will hold Global accountable.