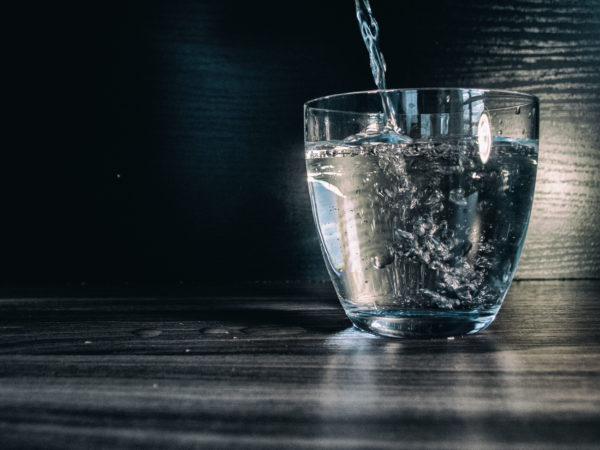 Newton, Mass. (Oct. 4, 2018) – Silent Spring Institute was awarded a $2.6 million federal grant to investigate highly fluorinated chemicals called PFASs and their impacts on children’s health. PFASs are a class of hazardous substances that have been detected in drinking water supplies across the country, affecting millions of Americans and raising health concerns. Findings from the study could lead to stronger drinking water protections and help communities reduce their exposures.

“These chemicals are ubiquitous and persist in the environment for a long time. So it’s important that we fully understand their effects on human health, especially the health of young children whose bodies are more vulnerable to chemical exposures,” says Laurel Schaider, PhD, an environmental chemist at Silent Spring Institute. Schaider is leading the five-year project called PFAS-REACH (Research, Education, and Action for Community Health) in collaboration with researchers at Northeastern University and Michigan State University. The project is funded by the National Institute of Environmental Health Sciences, part of the National Institutes of Health.

Starting next spring, Schaider and her colleagues will collect blood samples from children (ages 4-6) in two communities that have been exposed to drinking water contaminated with PFASs—in Hyannis on Cape Cod, Mass., and at the Pease International Tradeport in Portsmouth, N.H. The researchers will measure PFASs and antibody levels in samples taken shortly after the children receive their final diphtheria and tetanus vaccines. The team will also look for markers of other physiological effects, such as metabolites or small molecules linked with inflammation. “Because PFASs can depress the immune system, our hypothesis is that vaccines are less effective in children with high exposures,” says Schaider.

The project team will also document the experiences of affected communities by conducting in-depth interviews and ethnographic research. “Environmental contamination not only impacts people’s health, it also exacts a toll on the community’s social, psychological, and economic well-being,” says co-principal investigator Phil Brown, PhD, Director of the Social Science Environmental Health Research Institute at Northeastern University. “By documenting this impact, communities can gain a better understanding of their circumstances that will allow them to advocate for themselves,” he says.

Exposure to PFASs has been linked with numerous health effects including cancer, thyroid disease, and high cholesterol. Previous studies have also linked PFASs with decreased immune response to vaccines in children, however, in these studies the main source of exposure was diet. “This will be the first study to evaluate immune systems effects in children exposed to the chemicals through drinking water, specifically to PFASs from firefighting foams,” says co-investigator Courtney Carignan, PhD, an environmental epidemiologist at Michigan State.

Andrea Amico, a founding member of the group Testing for Pease, one of the project’s community partners, says health studies like these are critical. “My family drank the water for a long time before we learned it was contaminated,” she says. “My hope in participating in this study is that we can take this unfortunate situation and turn it into something positive by contributing to science so we can better protect our communities going forward.”

The project’s other community partners include the Massachusetts Breast Cancer Coalition and Community Action Works. The Silent Spring-led study will complement a national health study on PFASs led by the Agency for Toxic Substances and Disease Registry (ATSDR) with Pease as its first site.

To further support these groups and others, the researchers will develop a “PFAS Exchange”—an online resource center for the public as well as medical professionals. The website will include a variety of educational materials, web-based tools to help residents visualize and interpret their blood and water test results, and resources for connecting affected communities nationwide.

The project will also offer water testing to communities across the U.S. where their water is being treated for two types of PFASs, PFOS and PFOA. Researchers will test the samples for a variety of other PFASs to assess the effectiveness of existing treatment systems at removing newer alternatives. The team will also provide guidance to communities who are seeking information about getting their water tested and interpreting their results.

Schaider and her colleagues hope the findings from their study will lead to new drinking water guidelines for PFASs that are more health protective. “And by educating the public, we hope to empower them to reduce their own exposures to protect their families, especially their young ones, from these hazardous chemicals.”

For more information about PFAS-REACH and to receive notifications about participating in the study, contact: PFAS-REACH@silentspring.org.

Silent Spring Institute, based in Newton, Mass., is a leading scientific research organization dedicated to understanding the links between chemicals in our everyday environments and human health, with a focus on breast cancer. Founded in 1994, the Institute is developing innovative technologies to accelerate the transition to safer chemicals, while translating its science into policies that protect health. For more information, visit www.silentspring.org.