Emails are a tool for keeping in touch and following up with your supporters. You probably have a list (or lists) of emails from people who signed your petition, came to an event, and are interested in supporting your campaign. You can use email to share upcoming events, calls to action, news and other updates with your supporters.

It’s important to write a strong email that will catch your supporter’s attention and motivate them to take the action you want them to take, whether that means getting people to come to an event or getting them to make a call to a decision maker.

Action Network (or another email platform) 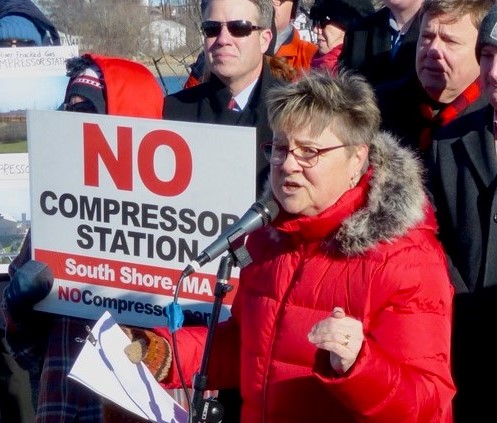 Keep your layout consistent. Decide how you want your email to look and stick with it. If you have a header on your email, make sure you always include it. Use the same greetings and sign-offs each time. Consistency builds trust with your supporters and means email providers are more likely to trust that your email isn’t spam. 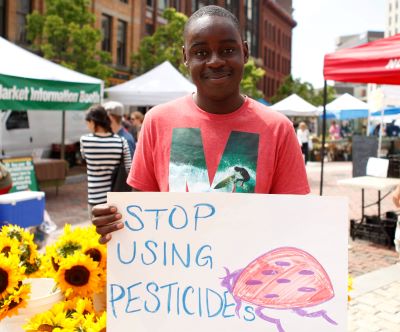 We want to start this email off with a clear message: We are still fighting. We will keep fighting until we defeat Enbridge’s ill-conceived compressor station proposal.

After receiving a rubber stamp approval from the Federal Energy Regulatory Commission (FERC), Enbridge wheeled into town with their construction vehicles and security crew. They began construction (or as we like to say, destruction) on Tuesday. We were there to remind them that they are not welcome here. 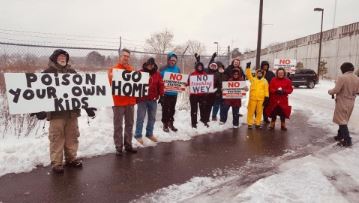 On Thursday, we shut them down.

A group of nearly fifty people gathered early in the morning, bundled up in the cold, surrounded by a few inches of snow. We walked over to the entrance of the construction site just as the sun was rising. As we were walking, a construction vehicle trailed behind. With signs and banners in hand, we stood in front of the gate to the site that Enbridge wants to dig up. Chanting, “Enbridge, go home!” and “No more toxins!”, we sent a strong message to Enbridge that we will not stand by idly while they attempt to dump more toxins on us.

As we stood there, a large truck attempted to enter the construction site. With our backs to the truck, holding a banner that read “Fore River Residents Say NO MORE TOXINS”, we held up construction for over two hours. Four brave community members held the space after the police told the rest of the crowd to move. These four individuals were then arrested for blocking construction. They were initially charged with disorderly conduct and trespassing, but their charges were dropped to a civil infraction. They were released later in the day. We are grateful for the action that they took to protect their community.

These four residents risked arrest on Thursday in an effort to protect the community from further pollution and destruction. The Fore River Basin is an overburdened community, as it is surrounded by ten pollution-spewing facilities. These four people had to put their body on the line because Governor Baker and our state agencies failed to protect the community. Gov. Baker, MassDEP, and their regulatory buddies turned a blind eye to this project. Their inaction has left the community with no choice but to fight.

We will continue to resist this dangerous proposal, both peacefully and nonviolently. Sign our pledge to take action to get involved and be sure to join us tomorrow night for our monthly meeting of FRRACS, which will feature a special film premiere.

In solidarity,
The FRRACS Team

As we prepare to let summer go, we look forward to all of the things that fall has to offer: apple cider, crisp weather, a vibrant display of color on the trees, and our 2nd Annual Fall Fest! That’s right. We will be gathering in the park again this year for a fun and festive fall celebration. Bring your friends, family, and neighbors!

The Fall Fest will be held on Saturday, September 28 at the park next to the proposed compressor station site (55 Bridge Street, Weymouth) from 2-5pm. 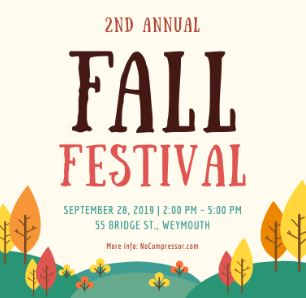 We will have John’s famous homemade veggie soup and bread, a special bridge dedication ceremony, games and activities, tours of the site, and more. We’ll even have a special guest (thanks to our friends at 350 Mass): Charlie Baker in puppet form. It’ll be the first time he has visited the site in any form, so be sure to welcome him!

We hope you can join us!

In solidarity,
The FRRACS Team