Home > Digital Organizing Toolbox > Which Social Media Should You Use?

Which Social Media Should You Use? 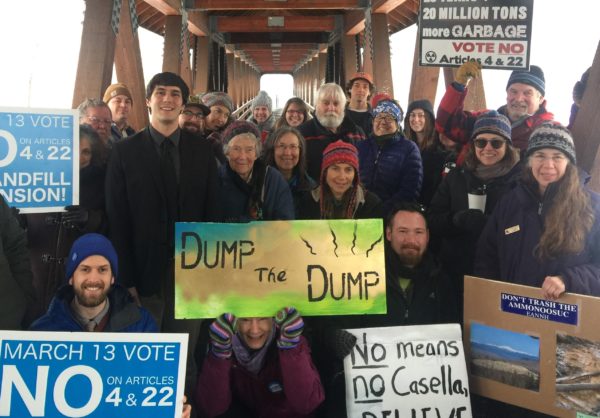 If you’re organizing people online (or offline), you’re probably thinking about how you can use social media. And for good reason—billions of people are on Facebook, and with millions more on Twitter, that means that the people you’re trying to reach are probably on social media.

But there are lots of social media sites out there, so how should you decide which to prioritize?

To answer that question, look at your campaign. What are your goals? When you are clear on what you’re working towards, you can start to think about what tools you need to win.

It might be tempting to want to be on every social media platform, but you have limited time and resources, so focus on what will help your campaign the most. Facebook and Twitter are two of the biggest social media tools to consider. Facebook is a great tool to connect with people that you already know, get visibility inside your circle, and recruit supporters. Twitter is a great tool for connecting with people that you don’t know, getting visibility outside your circle, and getting media.

It’s likely that people in the community you’re organizing use Facebook to keep in touch with friends, read news, follow topics they’re interested in, and learn about upcoming events. Facebook can be a powerful tool for organizing, too. Facebook can be used to: 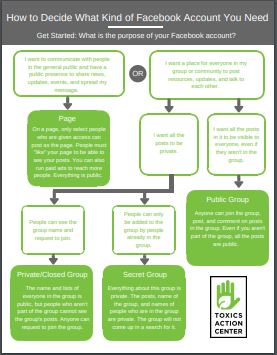 When you’re setting up a Facebook account, you have the choice between a Page or Group. The type of Facebook account you should choose depends on what you want to do with it. This flowchart can help you decide.

On a page, only people who are given access can post. People must “like” your page to see your posts. With a page, you can tag your targets and create events. You can also run paid ads to reach more people or make sure more of your supporters see your post. Everything is public. A page is good for visibility, pressuring targets, and recruiting supporters.

Protect South Portland, a community group that has won impressive campaigns against ExxonMobil and for organic land care in South Portland, Maine, has a great Facebook page. See their page.

In a group, anyone who has joined the group can post, and only people who are in the group will see the posts. Groups are good for connecting with people you know, getting visibility within the group, and strengthening your group, as people in the group can engage in conversation with each other. Note: You can make your group Public, Private/Closed, or Secret. Use this infographic to decide which one to use.