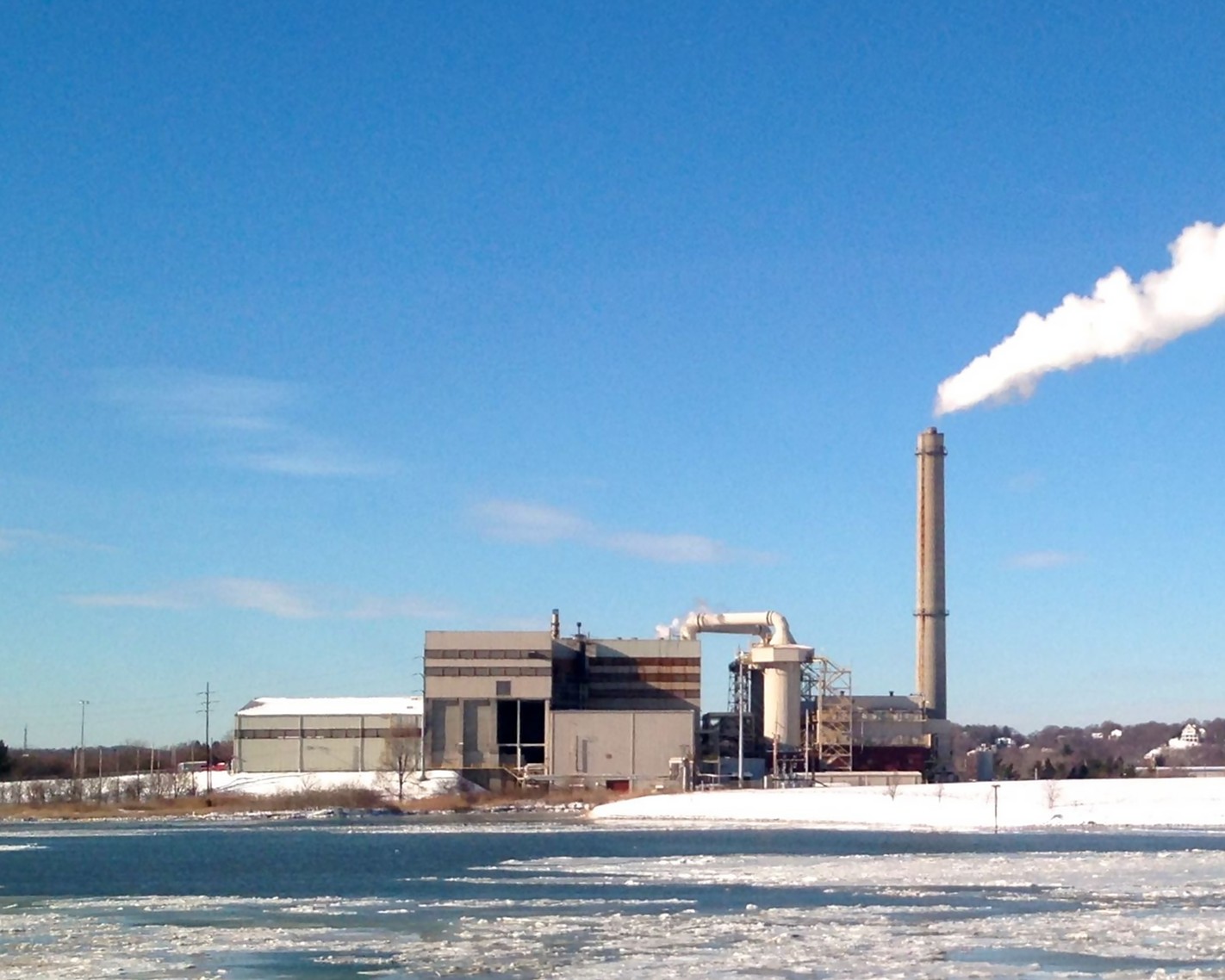 REVERE – Local officials, environmental advocacy groups, and Saugus and Revere residents joined together in the shadow of Wheelabrator Saugus’ incinerator and ash landfill to speak out against the company’s proposal to expand its unlined landfill located on Route 107 in Saugus.

Wheelabrator is seeking to uncap 39 acres in two drainage valleys and filling them with approximately 560,000 tons of incinerator ash for the next five to ten years.  A public comment period ended on January 12th, 2018, and MassDEP is currently mulling the proposal, with a decision expected by the end of February.

The Saugus landfill is the only ash or municipal solid waste landfill in the Commonwealth accepting waste into an unlined landfill cell.  Lacking the double, plastic liner system now required by law, it was supposed to stop accepting ash in December, 1996.  The landfill remains open today through a consent order, granting MassDEP full permitting authority over its operations.

Opponents of the proposal argue that the this ash landfill is the most dangerous landfill in the state, posing significant risks to public health and the environment because it does not have the modern protections required by state and federal law, because its footprint is located within the Rumney Marsh and is surrounded by the Pines and Saugus Rivers, and because it is unbuffered and less than two miles from the homes of over 50,000 people in the Environmental Justice communities of Saugus, Revere, and Lynn.

“We stand together as an Alliance to call upon Governor Baker and DEP Commissioner Suuberg to deny Wheelabrator’s request to expand this coastal landfill by bringing in over 500,000 additional tons of ash contaminated with mercury, dioxins, lead and other pollutants.  This proposal calls for ripping open the already capped portions of the landfill that are closest to the Pines River – and directly across the river from the homes and businesses of people I represent,” said State Representative RoseLee Vincent.  “If this part of the landfill becomes reactivated for the first time in decades, the river and the neighborhoods across from it would be susceptible to contamination in the event of an intense storm.  Major flooding events in Revere and Saugus last month highlighted the urgency of permanently capping this site to protect people and the environment from the risks of an active unlined coastal landfill.”

“This is the most dangerous landfill in Massachusetts,” said Kirstie Pecci, Director of the Zero Waste Project at Conservation Law Foundation.  “It has no liner, no groundwater monitoring, and it sits in water in an Area of Critical Environmental Concern in one of the most densely populated regions in the state… and Wheelabrator wants to expand it.”

“As an organization committed to protecting environmental resources, the Saugus River Watershed Council is adamantly opposed to expanding Wheelabrator’s ash landfill located within the highly sensitive Rumney Marshes Area of Critical Environmental Concern,” said SRWC Executive Director Joan LeBlanc.  “Even without an expansion, the integrity of this unlined coastal landfill packed with contaminated ash is already at risk from current and future sea level rise and increasingly intense coastal storms.  We are facing a critical juncture where environmental officials have an opportunity and responsibility to protect natural resources and local neighborhoods by denying this proposed expansion.  In light of the damage from recent coastal storms and news from the National Academy of Sciences about the accelerating pace of sea level rise, it is more important than ever that we close the Saugus ash landfill and take measures to minimize the potential for a major breach of the site in the future,” said LeBlanc.

“Controversy over the future of this site also highlights the need for a statewide strategy to identify and implement mitigation strategies for coastal sites with high levels of contamination that are particularly vulnerable to sea level rise and storm surge.  Most of these coastal industrial properties, landfills or other contaminated sites are located within environmental justice communities where people are already facing multiple sources of pollution but have limited resources to recover from storm and environmental damage,” LeBlanc concluded.

“Instead of allowing Wheelabrator to continue to burn  waste and dump ash into the landfill, the DEP should be aggressively pursuing options that will reduce waste, spur local green economic innovation and offer safe and well-paying jobs to area residents,”  said Sofia Owen, Attorney and Eastern Massachusetts Organizer from Community Action Works.

“The proposed expansion of this ash landfill is one of the most significant violations of environmental justice I’ve seen in years in Massachusetts,” said Cindy Luppi, New England Director, Clean Water Action. “Saugus and neighboring communities have been exposed to the extremely hazardous toxic chemicals including dioxin, lead, mercury, cadmium and others linked to cancer and reproductive damage for 40+ years — relief from this burden is long overdue.”

“The health and safety of our residents should be our top priority.  Considering this, we certainly don’t want to add additional toxic ash to that site that will infiltrate its way into our neighborhoods,” said Debra Panetta, Chair of the Saugus Board of Selectmen.  “Wheelabrator should be taking the appropriate steps to close the landfill, not continue to expand it.”

“Given the health and environmental risks associated with this plan, I am totally opposed to granting Wheelabrator this permit to dump more ash in their landfill,” said Revere City Councillor John Powers.  “Statistics show that cancer and asthma rates are higher in certain neighborhoods of Revere than in other areas.  Of particular concern are the Riverside and Point of Pines neighborhoods that I represent in Ward 5.  In addition to higher rates of certain types of cancer and asthma, these neighborhoods are prone to flooding.  With climate change and the increasing intensity of tidal surges, it is a terrible idea and would be a grave mistake to add more ash to the part of the landfill that is right on the Pines River.”

“Though located in Saugus, the operations of the Wheelabrator facility affect the quality of life of the people of Revere,” said Revere City Council President Jessica Giannino.  “Time and time again, I have received calls from residents expressing issues at the plant.  Constituents of mine who live in the Riverside and Point of Pines sections of our community are deeply concerned about the impacts of this proposal, as their homes are right across the river from the area of the landfill Wheelabrator seeks to fill.”

The draft decision is available for review at:  https://www.mass.gov/service-details/wheelabrator-saugus-inc-ash-landfill-saugus.