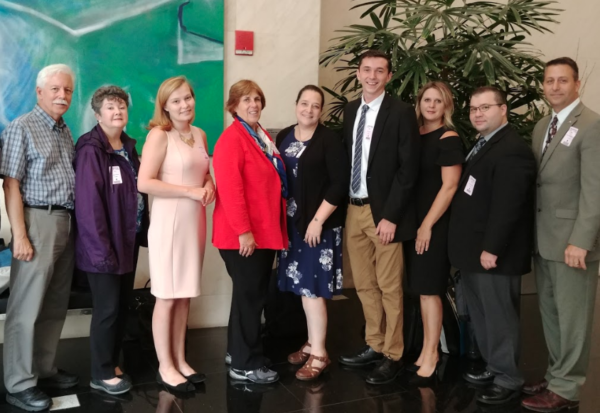 PFAS (or per- and polyfluoroalkyl substances) is the toxic chemical used in many products, including firefighting foam. This foam was used in drills at Westfield’s Barnes Air National Guard Base and in firefighting training at the Barnstable County Firefighting Training Academy, where decades worth of foam has leaked into the soil and water, leaving these two communities with serious drinking water contamination issues.

Over the past year, activists from each of these communities have joined forces from Western Massachusetts to Cape Cod to advocate for state-level solutions with a united voice. This September, members of Westfield Residents Advocating for Themselves and GreenCAPE, alongside city council members, other local government officials and Community Action Works, met with top officials at the state’s environmental agencies to demand a statewide plan of action. Thanks to their organizing, Massachusetts is poised to adopt stronger standards for PFAS in the coming months—a big step forward for safe drinking water.