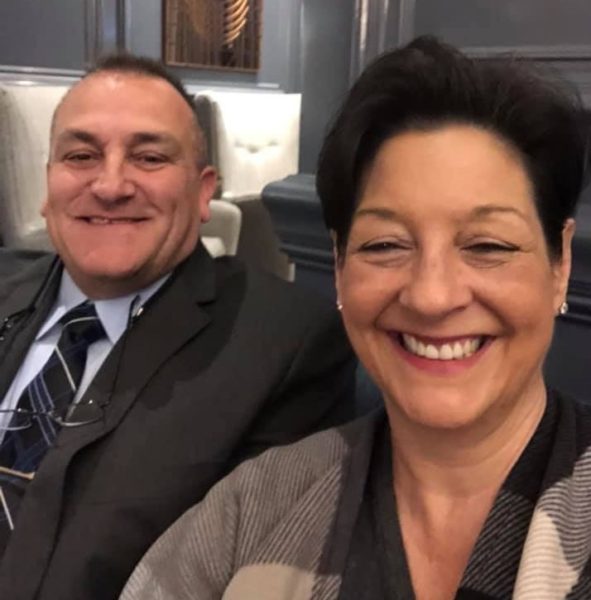 There aren’t many people who would run into a burning building to put out a fire.

Diane’s husband Paul had a 28-year career at the Worcester Fire Department in Massachusetts. He was the kind of person who inspired everyone to stay fit and be the best they could be on the job.

All that changed when Paul was diagnosed with cancer in 2014 and was forced to retire. For Diane, that was just the beginning.

“It was too hard to wrap my head around because Paul was too big for cancer,” said Diane. “He wasn’t supposed to get cancer… He did everything right.”

Diane started asking questions. She spent hours researching cancer in firefighters, reading everything she could.

One thing stuck out to her: an article about a recall in malfunctioning protective firefighting gear. The interesting part is that the manufacturers were pushing back against the recall.

That was the first sign that something was wrong. Diane got deeper and deeper into firefighters’ gear—called turnout gear—and realized that PFAS, the “forever” chemicals known to cause cancer, were all over the gear her husband had been wearing.

“I started to reach out to anybody and everybody I could think of about these particular items,” said Diane. “I reached out to 1,600 people for answers. No one could answer me.”

Diane connected with firefighters across the country who were dealing with cancer and other diseases. She reached out to lawyers, scientists, and gear manufacturers.

Finally she found a scientist, Dr. Graham Peaslee, nuclear physicist at Notre Dame University, who would do a study on PFAS in turnout gear. She organized a team sponsored by Last Call Foundation honoring firefighter Michael Kennedy of Boston, MA and collected 20 years worth of firefighting gear to send to his lab.

The results were astounding. Even though she’d been told that the gear was safe, the study found extraordinarily high levels of PFAS chemicals in the gear. Those chemicals were turning to dust in firehouses across the country, where people like Paul were breathing them in every day.

“I knew at that moment that it was the greatest deception ever,” said Diane.

Diane and Paul’s life hasn’t been the same since he retired from the fire service. But today, Diane is a leader in the National PFAS Contamination Coalition we co-facilitate, fighting to end the use of these toxic chemicals. She is a leader in the fight to protect firefighters from PFAS.

Today, Paul is cancer-free. Firefighters across the country are still at risk from PFAS in turnout gear—and PFAS in firefighting foam—but now, thanks to Diane, people are beginning to talk about it.

You support people like Diane who are taking action, against all odds, to stop PFAS contamination. Thank you.