One activist’s work to protect her kids’ health 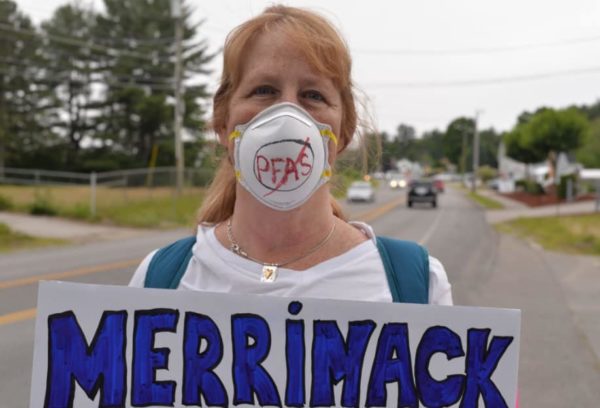 Three of Nancy Murphy’s six children are adopted. But they all have health concerns that could be linked to toxic water contamination in her town.

“I have six children who are unrelated to each other. They don’t share genetics, but they do share an environment,” said Nancy. “We all live within two miles of Saint Gobain.”

That environment could be making them sick. Saint Gobain manufactures products using PFAS, the toxic Teflon chemical linked to kidney disorders, cancer and more, which is estimated to be in the drinking water of 110 million people across the country, including in drinking water in Merrimack, NH, where Nancy and her family live.

We’re calling on the EPA to set a national standard for PFAS in drinking water that would require polluters like Saint Gobain to clean up the messes they’ve made. Sign the petition to show your support.

Nancy’s background is in nursing and child advocacy—she’s always worked to protect the health and safety of the most vulnerable children. So when she heard about the PFAS water crisis from another parent at the Special Olympics in her town, she started attending meetings with other concerned neighbors.

“I look at my grandchildren, and I think, what’s the impact on these babies?” said Nancy. “Someone has to stand up and do the right thing and make this stop.”

Nancy is a member of Merrimack Citizens for Clean Water, a grassroots group that formed to educate the town on the dangers of PFAS and advocate for solutions. Last year, Nancy and her grandkids joined the group in going door to door to survey neighbors and found that approximately 400 out of 500 people had diagnoses associated with the PFAS chemicals.

“Our homes are supposed to be safe places,” said Nancy. “It’s a terrible feeling to be responsible for something that just seems logical—the health, safety and welfare for human beings—and not able to provide that to protect your kids.”

Even though PFAS is known to be toxic, there are no enforceable national standards to limit it. Join us in calling on the EPA to create a strong standard to protect our health.

Since then, Nancy’s group has been fighting for blood testing and a health study to learn more about how their families have been affected. They’re also active members in the National PFAS Contamination Coalition we coordinate, working with 20 communities in 11 states to make change on a national scale.

“We’re the drive that our federal government needs. They need to be held accountable to somebody,” said Nancy. “It’s our duty and our responsibility to do it for people who don’t know they’re impacted, or know, but don’t know how to advocate for themselves.”

We’re proud to stand with activists like Nancy who are stepping up across the country and leading the way for change.