In Massachusetts and Vermont, Movements Grow Against Pesticides 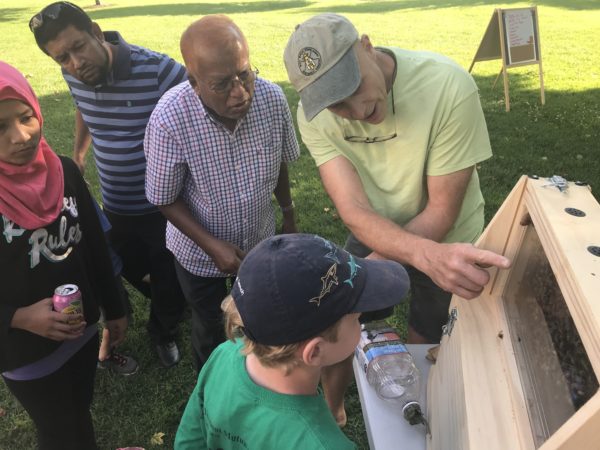 When Ellen Anderson met Mary Jones, a community organizer with Community Action Works Campaigns, and learned about the work activists were doing to ban toxic pesticides in their towns, she was inspired to take action. The very next spring, Ellen and a team of other community members, with support from their local Conservation Commission and Petersham Grange, passed a resolution for Petersham, Massachusetts, to become a pollinator-friendly community. This resolution encourages residents, businesses and institutions to go chemical-free and plant native species.

Last summer, activists across the region took action to protect their towns from pesticides—and won. In Massachusetts, Community Action Works Campaigns and Northeast Organic Farming Association (NOFA/Mass) launched a new statewide network to connect leaders like Ellen with other activists working to stop pesticides. Many activists were concerned about the decline in pollinators, which research has linked to bee-killing pesticides known as neonicotinoids. Others were concerned about the widespread use of Roundup and its main ingredient, glyphosate, linked to non-Hodgkins lymphoma and other health issues. Others wanted to push their towns to adopt organic land management policies.

Together, NOFA/Mass and Community Action Works Campaigns convened monthly gatherings of activists working on tackling pesticide use at the municipal level to talk strategy and share insights from town to town. At town meetings from the spring through the summer, activists pushed forward resolutions to protect pollinators, restrict pesticide use and support organic land care. In Petersham and Hinsdale, Massachusetts, activists won resolutions that are important first steps toward healthy towns, and models for statewide action.

Last spring, that statewide action happened in Vermont, where activists helped pass a law to restrict the use of neonicotinoids. Vermont is losing beehives at an alarming rate—higher than the national average. This new law classifies neonicotinoids as restricted-use pesticides, which means that they can only be used by certified applicators. This is a big step forward, and activists are using this momentum to launch a campaign to make the state pesticide-free. A similar measure is now being considered in Massachusetts.