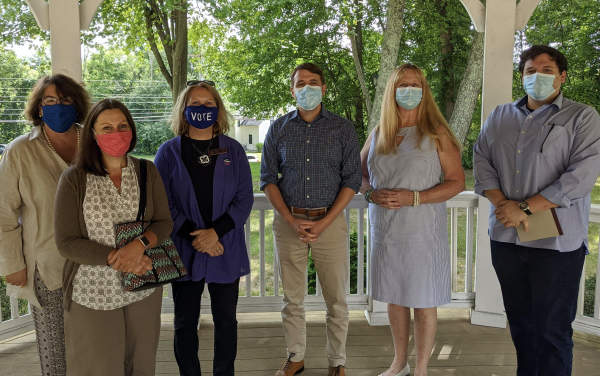 When everyday people in Massachusetts and New Hampshire learned that their drinking water was contaminated with toxic PFAS chemicals (per- and polyfluoroalkyl substances), they decided to do something about it. And now, they have won some of the strongest drinking water protections in the country.

PFAS, called “forever” chemicals, are known to cause cancer, kidney disease and other serious health problems. They’re toxic even in extremely small amounts. In communities surrounding pollution sources, such as factories that use the chemicals or military bases and firefighter training grounds where the chemicals were used in drills, PFAS have been found in drinking water at devastatingly high levels.

When neighbors found out their water had been contaminated, they were shocked and confused—many had never heard about these chemicals before. But out of this crisis emerged leaders who rose up to get their communities organized and fight to clean up this mess.

This year, we’re celebrating two major victories. In Massachusetts, community leaders pushed the state to issue the strongest drinking water protections on PFAS in the country. And, in New Hampshire, a court finally gave the go-ahead to protections that community leaders won last year that had been tied up in litigation after a polluter sued the state to stop them from going into effect.

There’s still more work left to do. Leaders in the National PFAS Contamination Coalition we co-coordinate are fighting for a strong national response to this drinking water crisis and are ready to make the protections we’ve pushed states to pass—including Massachusetts, New Hampshire, Vermont and many more—the national standard.