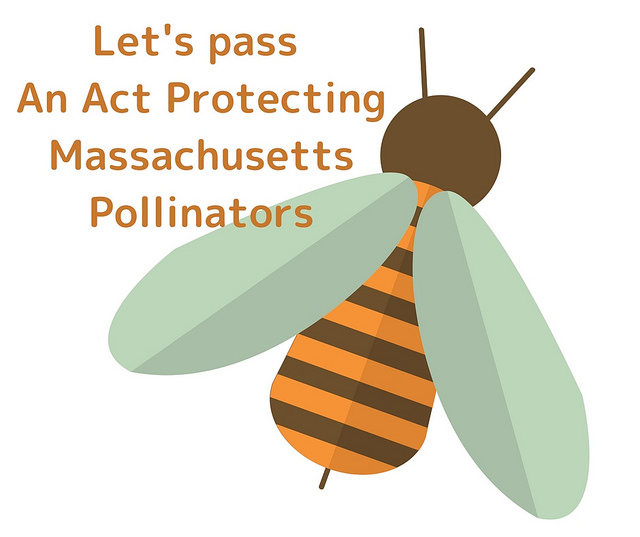 At their annual meeting, The Massachusetts Medical Society (MMS) passed a resolution that notes their concern about the public health impacts of neonicotinoids and calls for continued research to develop less hazardous alternatives. This resolution comes as the Massachusetts legislature is considering a bill, H. 4041 – An Act to Protect Massachusetts Pollinators, to restrict the use of these insecticides to licensed applicators.

The resolution recognizes neonicotinoids are neurotoxins, chemically similar to nicotine. Studies have found they produce unintended health effects in numerous non-target species, causing precipitous drops in populations of songbirds, butterflies, and bats; however, they may also be having serious impacts on human health.

“The Massachusetts Medical Society has taken an important step to draw public attention to the potentially serious consequences that neonicotinoids may pose to health of the Commonwealth and to our vital agricultural sector,” said Brita Lundberg, MD, a member of the Mass Medical Society Committee on Environmental and Occupational Health and Mass Health Professionals for Clean Energy. “I hope to see more public health organizations recognizing the danger these chemicals pose to pollinators and humans.”

Occupational exposure in humans is reported to be associated with severe heart defects in babies; other consequences of occupational human exposure include tremor and short-term memory loss. Recent studies in Canada suggest that they may act as an estrogen disruptor in women. In animal models, neonicotinoids have been shown to act as neurotoxins, endocrine disruptors and are associated with decreased fertility.

“It is important to recognize both the direct and indirect health benefits that we would see in Massachusetts if we restricted the use of neonicotinoids,” said Regina LaRocque, MD, a member of Massachusetts Medical Society and Vice-Chair of the Wellesley Natural Resources Commission. “Bees and other pollinators are critical for human food security and the maintenance of our food supply.”
Connecticut and Maryland have already passed legislation similar to what Massachusetts is considering, and the Vermont state Senate has passed a bill and moved it over to the House. The European Union recently announced a complete ban on all outdoor uses of these insecticides, citing severe risks to pollinators critical to food production and ecosystems.

H-4041, filed by State Rep. Carolyn Dykema, of Holliston, would limit the use of neonicotinoids to licensed pesticide applicators only. The bill currently lies in the House Committee on Ways and Means where it awaits a recommendation to go to the floor for a vote. There are 135 cosponsors of the bill from both sides of the aisle. More than 100 Massachusetts scientists and academics have voiced support for it and more than 80 businesses and beekeeping, farming, and conservation organizations have endorsed it.

“H-4041 would take common sense steps to ensure that Massachusetts pollinators have access to safe habitat and forage, and communities have access to healthy food,” said Richard Callahan, PhD, legislative director of the Worcester County Beekeepers Association. “I am encouraged to see the Massachusetts Medical Society recognize the growing body of science that shows how neonicotinoids may also harm humans.”