Community groups are stronger with connection. In Franklin, CT, where there was a proposal to site a toxic incinerator ash landfill directly on top of an aquifer and on the banks of the Shetucket River, those connections made all the difference.

In 2010, we connected with Franklin neighbors who were concerned that this landfill would pollute their drinking water and worked side by side to form the Residents of the Last Green Valley. But we knew we needed to build more community power to stop this landfill from going in. 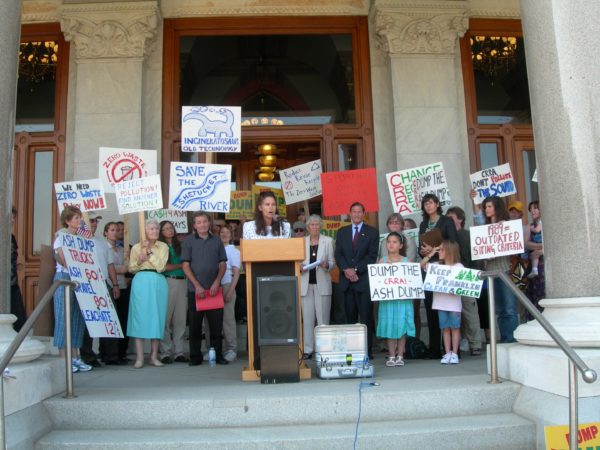 Making connections with neighboring towns and leaders across the state helped residents stop a plan to build a landfill in town.

So we connected the group with advocates in the broader movement to protect our health and environment, convinced 15 neighboring towns to come out against the proposal, and built a coalition of groups statewide who opposed the dump.

Together, we built so much power that the then-attorney general and then-governor came out against it and the proposal was unanimously withdrawn.