Maine Town Stands Up to a Polluting Landfill 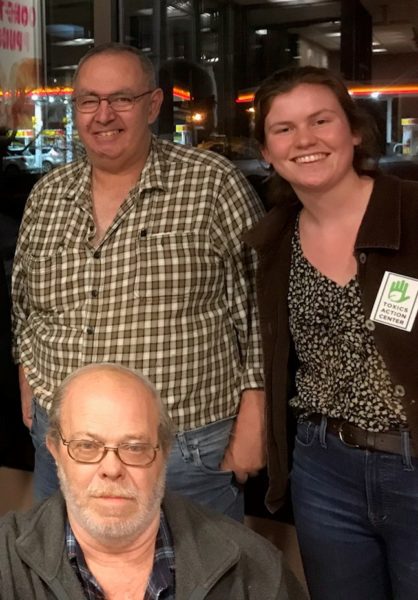 Hartland is a small, rural town in Maine facing a big environmental problem: a giant, hazardous, polluting sludge landfill. For years, the landfill has been wreaking havoc on the town. Toxic leaks have contaminated drinking water, forcing neighbors to turn off their wells. Rats drawn to the landfill have taken over bird feeders and chewed their way into homes. Some days, the odor is so bad that people can’t even go outside to have a barbecue with their children, rake leaves or shovel snow. Neighbors of the landfill know that these issues aren’t just a nuisance, but a threat to their environment and health.

These problems took a turn for the worse when the landfill began taking more waste than ever before. The town-owned-and-operated sludge landfill had previously only accepted waste from the community and the local tannery, which raised some toxic concerns of its own. But in 2016, the town decided to begin accepting waste from other towns—including trash laden with asbestos and other toxic chemicals—without consulting Hartland residents. The added waste increases the toxic threat in the community and exacerbates long-time concerns about neighbors’ health and safety.

Now, residents are saying that their health has been at risk for long enough. This year, Debbie Cooper, Roderick Pease, Linwood Violette and Eric A. Tuttle joined with neighbors to form the Hartland Environmental Advisory Team (HEAT) and started organizing. HEAT’s goal is to close the town landfill in both a financially and environmentally responsible way. These residents aren’t just fighting to close the landfill. They’re fighting to protect their drinking water, health, environment, quality of life, and their community’s future.

Hartland isn’t the first town in Maine to face landfill problems. This year, HEAT joined activists from Old Town, Argyle and more to support a community-driven bill in the Maine Legislature that would help keep recyclables out of landfills, hold polluting landfill companies accountable, and tighten rules to keep out-of-state waste from being buried in Maine landfills. The bill is one step toward a healthy future where communities like Hartland aren’t threatened by toxics in our trash.

Your support enables us to fight back against polluting landfills and incinerators and organize for zero waste solutions—thank you.