Neighbors of Casella’s central Massachusetts landfill in Southbridge, Charlton and Sturbridge have fought the landfill’s attempts to expand for a long time. Already, the massive landfill is leaking—contaminating the drinking water wells of more than 80 homes, a nearby stream and wetlands with lead, arsenic and more.

With your help, we’ve been working with local community leaders like John Jordan from the Charlton group, Clean Wells, to fight back. We connected John with legal assistance from attorneys at the National Environmental Law Center to win justice for impacted families.

After years of intensive organizing, and just two months after Community Action Works and National Environmental Law Center announced their lawsuit against the company over the landfill’s pollution of water supplies, Casella Waste announced they would close the landfill! 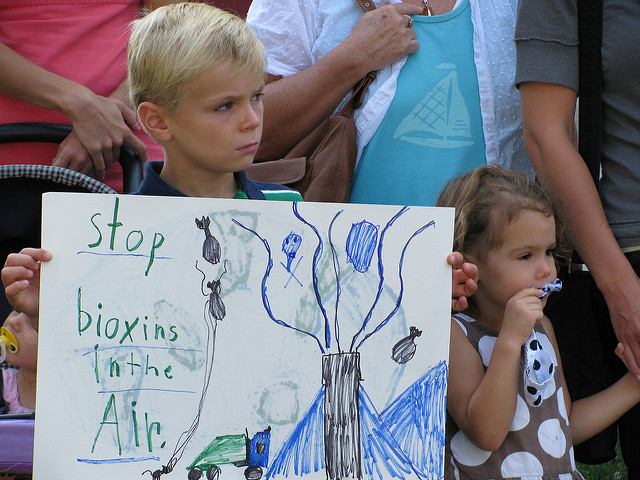 We know that our community organizing and legal pressure made a difference in convincing Casella to close, and we couldn’t have done it without your support.

“When citizen action drives enforcement of environmental regulations, polluting facilities are no longer profitable, and they get shut down,” said Kirstie Pecci, Community Action Works board member, long-time activist from Sturbridge, and attorney with the Conservation Law Foundation.

The battle isn’t over, but this victory is another step closer to giving everyone the clean water they deserve, and holding Casella responsible for their pollution. With your help, we will continue to pursue legal action on behalf of impacted residents to require Casella to comply with federal environmental laws and ensure access to safe drinking water.