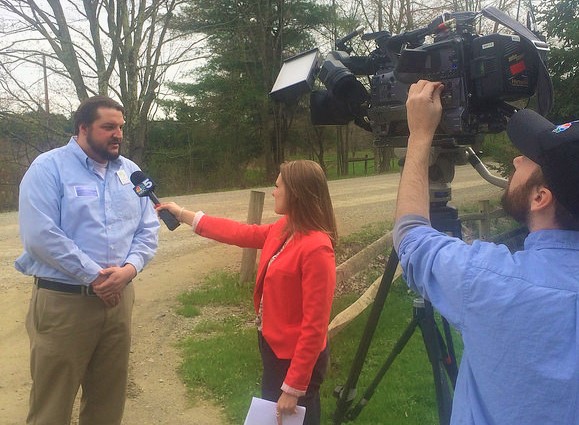 [Hinesburg, VT]—On Monday, the Department of Environmental Conservation (DEC) denied the Town of Williston’s application for a permit to use chemical pesticides on Lake Iroquois in Hinesburg, VT. The decision marks the first time that the DEC has permanently denied a permit of this kind.

The permit would have allowed the town to use the pesticide Sonar, which contains the chemical fluridone, to attempt to eliminate the invasive milfoil on the lake. Residents, concerned that the chemical would threaten drinking water and prevent neighbors from safely watering gardens and swimming in the lake, formed the Concerned Citizens of Lake Iroquois to protect their health and environment.

The group applauds the groundbreaking decision to deny the permit.

“Adding plant herbicide to a well-loved waterbody as a quick fix has never been the right thing to do,” said Roger Donegan of Concerned Citizens of Lake Iroquois. “My family has been enjoying the lake for generations, and I am proud that we are protecting this place for generations to come.”

The decision sets a precedent that could impact pesticide use statewide. The DEC found that the use of Sonar posed unacceptable risks to the environment and threatened the ecological integrity of the lake. They also found that non-chemical alternatives to control the milfoil had not been fully tested, and suggested that these safer alternatives could be sufficient to address concerns and allow residents to fully enjoy the lake without nuisance milfoil.

In comparison, the effects of Sonar would have been severe. For at least 24 hours after using the pesticide, the minimum safety precautions require that swimming be prohibited and that residents avoid drinking water from the wells near the lake, which could contain unsafe levels of the toxic chemical. Residents would not be able to water their gardens with water that draws from the lake for 30 days after the pesticide application—and with 3-4 treatments each summer, that would mean lawns and gardens could not be safely watered for the entire season.

“We can solve the invasive species problem without introducing a chemical problem,” said Meg Handler of Concerned Citizens of Lake Iroquois. “We need to make choices that are healthy for the whole lake and the whole community. A chemical like Sonar is not a safe choice.”

“This decision is a groundbreaking, long-term victory for the lake, surrounding towns and a toxic-free future in Vermont,” said Shaina Kasper of Community Action Works, a public health and environmental nonprofit that has been working with residents in Hinesburg. “Across Vermont, residents are standing up for safe, pesticide-free ways to take care of our environment. This decision is the first of its kind, but it won’t be the last.”

Cities and towns across New England are leading the way to being pesticide-free. This year, Portland, ME, passed one of the strongest municipal bans on pesticides in the nation. In 2017, Portsmouth, NH, and South Portland, ME, also passed bans to stop toxic pesticides.

In Hinesburg, residents will continue to work towards a safe, healthy lake for all to enjoy.

“We share the vision of a lake clear of milfoil and safe from pesticides,” said Elizabeth Deutsch of Concerned Citizens of Lake Iroquois. “As we continue working to protect the lake, it’s good to know that our waters are chemical-free.”

Concerned Citizens of Lake Iroquois is a group of residents in Hinesburg, VT, working to protect the lake from pesticides.