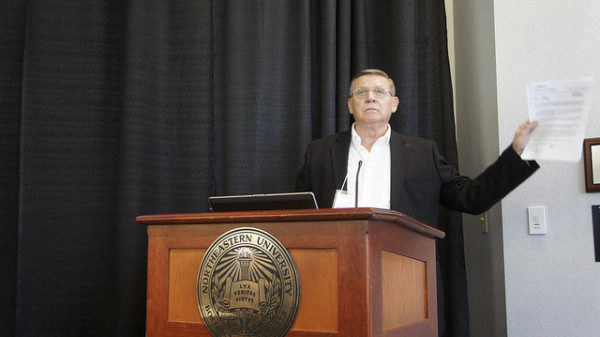 The dangers of PFASs have remained invisible for far too long. Although we may refer to the class of chemicals as an emerging contaminant, discovery of adverse health effects and contamination began in the 1960s. In 1961 and 1962, animal and human studies linked PFASs with liver damage and polymer fume fever. For the next several decades, DuPont and 3M’s internal health studies paint a troubling picture, pointing to birth defects in rats, persistence in the environment, PFAS presence in workers’ blood, and drinking water contamination in Ohio.

While the EPA received internal industry documentation on these studies in the early 2000s, the agency has primarily focused on issuing short and long-term health advisories for two of the over 3,000 compounds in this expanding chemical class. The ‘invisibility’ of PFASs arises from many different factors. Chemical companies like 3M and DuPont conduct their own internal health effect testing, and under the Toxic Substances Control Act (TSCA) industry is rarely required to disclose research on existing chemicals to the EPA. The limitations of TSCA combined with EPA’s delayed research and action impede health-protective remediation and prevention of continued exposures. Additionally, this structural lack of independent science and public information ultimately hinders communication between scientists, media, and contaminated communities. Social science research consistently shows that coalitions of stakeholders are necessary for bringing about progressive, public-health oriented regulatory protections. 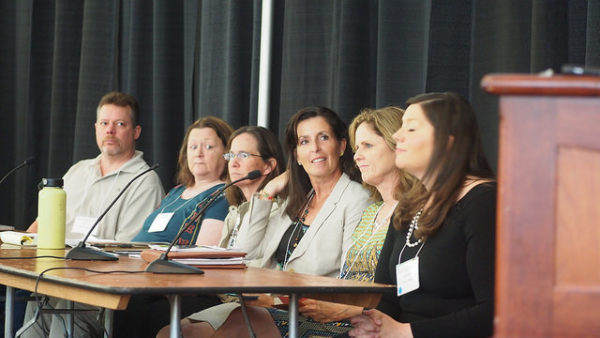 Despite these obstacles, advocates, scientists, and community members continue to work to make PFASs visible. The multi-stakeholder attendance at our conference is a testament to the power of organizing and sharing information. In just two days, scientists shared data with colleagues and community representatives, journalists heard numerous stories of contamination and discovery, and attendees participated in coalition building and strategizing. Jenny Wagner (Bucks County Courier Times) led a workshop advising community members how to engage with the media. She highlighted the importance of this partnership, stating that one working without the other can be ineffective and inefficient. Ohio State University graduate student Jason Galloway detailed his kayak journey down the Ohio and Little Hocking Rivers, in which he collected samples that contributed to mapping PFOA and GenX contamination via water and air deposition into soil as far as 20 miles away from the source, DuPont’s Parkersburg, WV facility. Rob Bilott recounted his decades of legal work exposing DuPont’s knowledge of PFASs’ health dangers and bringing redress to plaintiffs. Through further scientific testing and community building, PFASs will continue to re-emerge and become visible to the public, communities, and other interested stakeholders.

State of the Sciences

You can watch the conference via our Youtube channel HERE!