Fossil fuels like fracked gas, coal and oil are bad for our health and bad for our climate. According to the U.S. Energy Information Administration (EIA), fossil fuels have provided more than 80% of total U.S. energy consumption for over a century. Due to our reliance on these forms of dirty energy, we are facing harmful effects on our health and environment. We believe that it’s time to transition off fossil fuels entirely.

Dirty energy pollutes the air we breathe and the water we drink. A study published by the Massachusetts Institute of Technology found air pollution caused by dirty energy causes 52,000 premature deaths per year.

Fracking, a process in which fluid is injected into a drilled hole to obtain oil and gas from rock formations, is extremely detrimental to the health of surrounding communities. Fracking has the potential to contaminate water supplies, as the chemicals used for fracking often move through the cracks and make their way into the water systems.

A study by the EPA shows this water contamination can result in cancer, organ damage, nervous system damage, and death. Air quality is also negatively affected by fracking, as the toxic chemicals have the potential to become airborne. A publication from the Concerned Health Professionals of NY explains fracking areas show increased health problems such as asthma, bronchitis, and cancers. 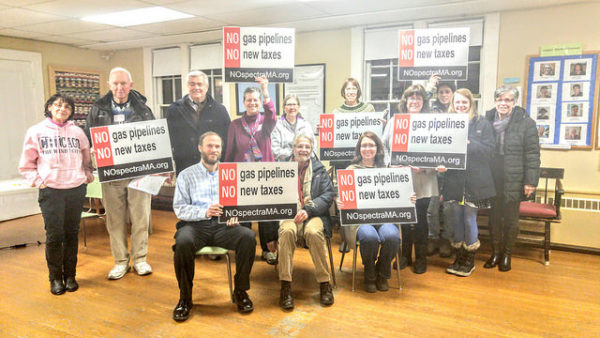 In the case of coal burning, circulatory, respiratory, central nervous system, musculoskeletal, as well as birth defects have all been found to be heightened in coal-mining regions. Studies also confirm children living in proximity to petroleum refineries experience premature mortality rates from leukemia and other cancers. These are only a percentage of the countless health issues that accompany dirty energy.

From increasing superstorms to raging wildfires, we know we need to take action now to protect our environment and the communities most vulnerable to these climate-fueled disasters. Frontline communities will be hit first and worst by the effects of the climate crisis, and we can’t afford to wait. If we continue on the path of dirty energy, we are only worsening this crisis.

“Today, it’s a big deal to people who live around there, because they breathe easier. And that was the whole goal.” 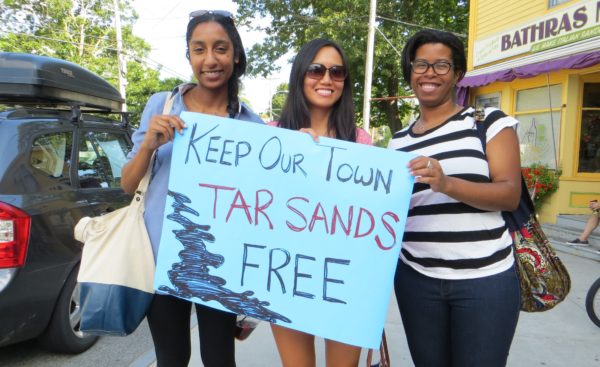 While not a fossil fuel, nuclear energy is not a safe or viable solution to meeting our energy needs, as nuclear waste remains radioactive for tens to hundreds of thousands of years. Currently, there is no secure place to store the waste, forcing hundreds of communities across the country to house spent radioactive fuel rods that often do not have secure enough facilities. Studies also show those who live near a nuclear plant are more susceptible to childhood cancers like leukemia. 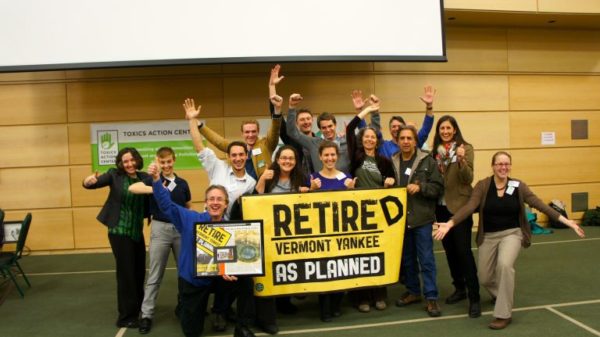 We believe it’s possible to transition to clean, local, renewable energy to protect our health and climate. But as old polluting power plants go off-line, the dirty energy industry is pushing to replace them with new forms of fossil fuels, especially fracked gas. We are working with frontline communities to resist dirty energy and promote clean energy solutions instead.

In Massachusetts, we have brought together a coalition of over 150 organizations, community groups, and businesses to push for clean energy. This movement is called Mass Power Forward. Together, we passed a clean energy law in Massachusetts that increases renewable energy in the state and the work continues today.

We’ve also been working toward a coal-free northeast, and we’re proud to say that as of 2017, Massachusetts has become coal-free! While we work to clean up our environment, we also work for cleaner forms of energy that will benefit our communities and their environment in the long run. 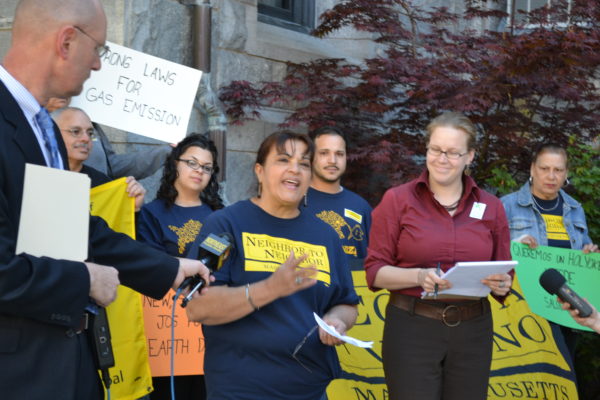 We are thinking globally and acting locally to put the brakes on climate change and polluting energy  and transition to a cleaner energy future. In order to ensure a healthy world for our children, dirty energy needs to go. It is our job to rectify the damage dirty energy has had on our communities and environment while paving the way to healthier lives for all.