What happened to Lawrence’s water? 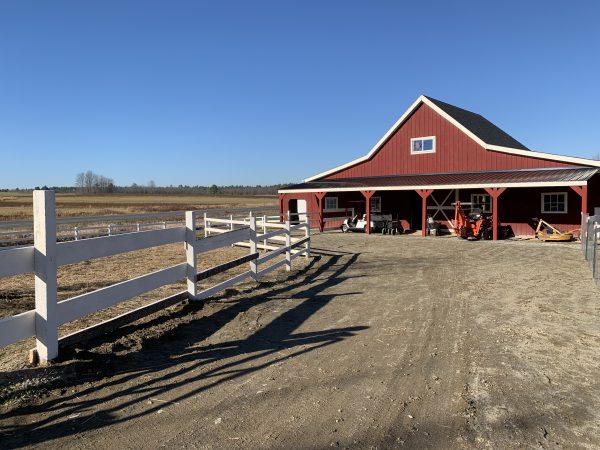 They built a barn and filled it with alpacas, horses, donkeys, chickens and all kinds of animals. They raised their children and grandchildren on the farm.

Last October, Lawrence heard that the Department of Environmental Protection (DEP) was testing his neighbors’ drinking water wells for pollution. Across Maine, where compost containing sludge laden with toxic PFAS chemicals was spread across farmland, drinking water has been found contaminated.

With farmland just across the street, they decided to get their well tested too.

Two weeks later, the DEP called and told them not to drink the water, cook with the water, or give it to their animals—it was contaminated.

Across the country, people have received this same life-altering call that their water is contaminated with PFAS chemicals. PFAS, nicknamed “forever” chemicals because of how long they stick around, are known to cause cancer, kidney disease, and other serious health problems. Chemical manufacturers knew that PFAS were toxic and continued to produce them anyway.

“We don’t know how much damage we’ve done to our kids and our grandchildren, let alone ourselves. It’s profit over lives, it really is.”
– Lawrence Higgins

For Lawrence, this house was everything he and his wife had worked for. So they decided to take action.

Lawrence reached out to Community Action Works and got started by creating a Facebook page and knocking on neighbor’s doors to let them know about the PFAS contamination likely in their drinking water.

“Nobody knew about it, and some of them didn’t want to talk about it,” said Lawrence. “But the majority have had open arms.”

Lawrence started the Fairfield Water Concerned Citizens with just a few neighbors. Now, the group has over 200 members on Facebook and they’re calling on Maine to test every well in Fairfield, period. And they’re calling for the state to take action and set a stronger standard for PFAS so no community has to face this kind of contamination again.

As more and more communities are finding out their water is contaminated, Lawrence and Penny’s story reminds us that it’s up to everyday people to protect our communities.

“Don’t give up. Fight. Because if you don’t fight, no one will ever do anything about it,” said Lawrence. “We all have to stand together. Anyone who’s got contaminated water, I’ll fight for.”