Getting the Lead Out of Vermont Schools

Last year, Vermont tested drinking water in 16 schools across the state. Every single test came back with lead at 1 part per billion or higher, exceeding the health recommendation of the American Academy of Pediatrics.

Despite near universal agreement among scientists that lead is extremely detrimental, especially for children, this neurotoxin continues to flow out of water fountains and kitchen taps in schools across the Northeast. And the problem is widespread. In Massachusetts, half of the 78,000 taps tested in schools had lead in their water. New Hampshire is starting testing this year, and we expect to find lead there, too.

It doesn’t make sense that schools, the very places students go to learn and grow, could leave kids with lasting cognitive and developmental problems because our states are failing to act. In Vermont, we’re working to pass a bill requiring all schools and childcare centers test for lead in water this year and set a strong standard for cleaning it up. 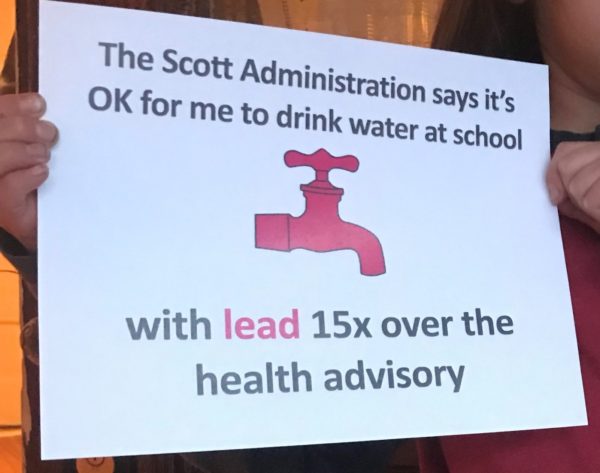 Vermont students join in the call for clean and safe drinking water at schools.