AFTER GAS EXPLOSIONS, NEIGHBORS WIN A STEP TOWARD CLEAN ENERGY 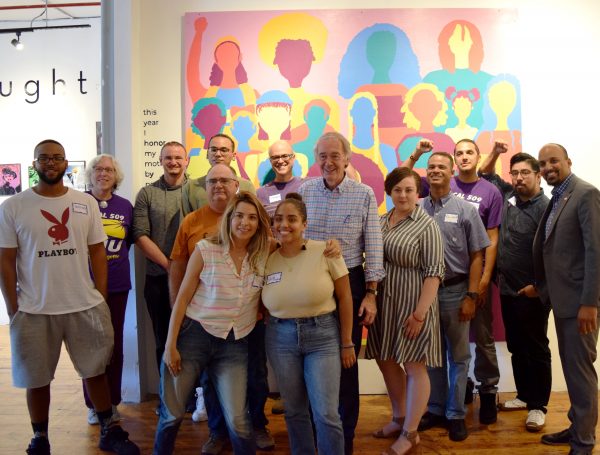 But neighbors also know they can do something about it. Fracked gas is dangerous—this fossil fuel releases toxic chemicals into the air we breathe and only exacerbates our climate crisis. After the gas explosions, neighbors came together to demand that, instead of fixing a polluting energy system, the city of Lawrence transition to a renewable one. Community leaders took a step in that direction when they won a settlement to relieve energy bill debt and invest in renewable energy.

Two years ago, a group of seasoned leaders, from youth and union activists to longtime Latinx residents, reached out to Community Action Works for help creating a plan to get the city to clean, renewable energy. These community leaders formed the group Pueblo Verde and have been taking action together since then.

Last fall, two years after the explosions, Pueblo Verde advocated for an investigation and for the resulting $56 million settlement from Columbia Gas, the company responsible. The funds from the settlement will go toward eliminating gas bill debt for 26,000 families in Massachusetts, and the rest will go toward renewable energy programs and grants in the Merrimack Valley.

Now, the group is watchdogging a sale of Columbia Gas’ operations to Eversource Energy—the same company pushing to build a high voltage substation in East Boston—and preparing to push the new company to include more renewables. Pueblo Verde’s goal is to win a just transition for Lawrence to locally-owned clean, renewable energy. And, with such dedicated leaders, they’re on their way.