FROM CONTAMINATION TO ACTION

When Ashley Gooldrup and her fiancé Troy moved into their first house a year ago, they thought this could be their forever home.

But that spring, a dairy down the road in Fairfield, Maine had their milk tested and found high levels of the toxic “forever” chemicals known as PFAS. The state started testing wells, first next to the dairy and then farther down the road until they got to Ashley and Troy’s home.

“The milk went off the shelves in June. We didn’t know we were contaminated until November,” said Ashley.

Ashley grew up in Oakland, Maine, one town over from Fairfield. Since they bought their first house, she and Troy have hosted the family holidays, birthday parties for nieces and nephews, and dreamed about having their wedding on their land next year. 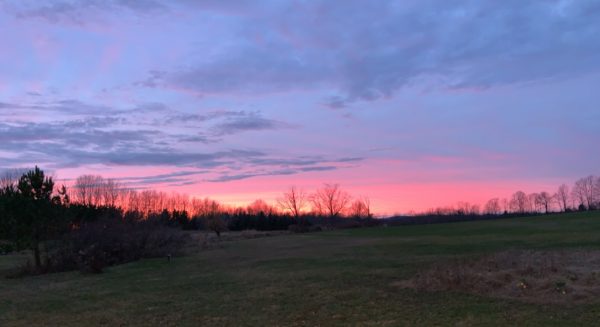 “It’s cooking, it’s bathing, it’s brushing your teeth. Sitting in the bathtub—is that safe to do? It’s overwhelming.” – Ashley Gooldrup

Ashley connected with neighbors and joined the community group Fairfield Water Concerned Citizens to take action. She went around to all the local businesses that would allow her to put up flyers, knocked on neighbors’ doors, and reached out to everyone she knows who lives in Fairfield or has family there.

Now, the Fairfield Water Concerned Citizens have over 200 members. We’re working together to develop a plan and put it into action.

The group is calling on Maine to test every well in Fairfield, get clean water to every household, end the use of the contaminated compost that polluted dairies like the one in Fairfield, and make polluters pay for the mess they created.

We’ve seen that when communities come together and take action, lasting change is possible. Right now, Ashley and her neighbors are doing the work to make that happen.