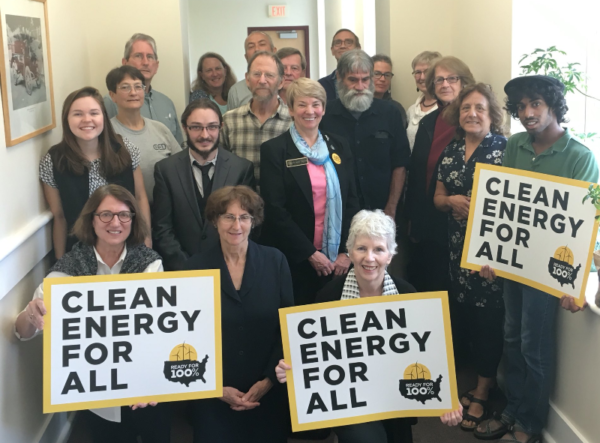 When it comes to stopping pipelines, it often feels like you’ve lost over and over again before you finally win. But still, we’re winning.

Take the Dakota Access Pipeline. The Standing Rock Sioux Tribe has led historic, yearslong protests against this dangerous pipeline threatening their water, land and health. In July, they won a milestone victory when a federal judge ordered that the pipeline be emptied for an environmental review.

In the Northeast, we too find ourselves in yearslong fights against polluting energy, especially fracked gas. And right now, we’re celebrating a major victory in New Hampshire’s Upper Valley: Together with community leaders, we stopped the Lebanon-Hanover fracked gas depot and pipeline!

In 2015, a group called Energy and Climate Upper Valley began holding public meetings to raise the alarm on the proposed pipeline and bravely spoke out against it at Public Utilities Commission hearings. When they connected with Community Action Works, we helped them form the Upper Valley Pipeline Coalition with neighbors from towns in New Hampshire and Vermont.

“One big success was showing that this pipeline was bad business.”
Jon Chaffee, Energy and Climate Upper Valley

For years, the group kept the pressure on—holding meetings, marches and a huge rally, collecting over 1,100 signatures against the project, pushing Lebanon to remove fracked gas from its master plan, showing up at every hearing and meeting to testify. Even after the Public Utilities Commission officially approved the project, the group never gave up.

This summer, Liberty Utilities failed to meet the requirement to start construction on the project within two years of final approval. This pipeline will never be built.