This fight against fracked gas isn’t over 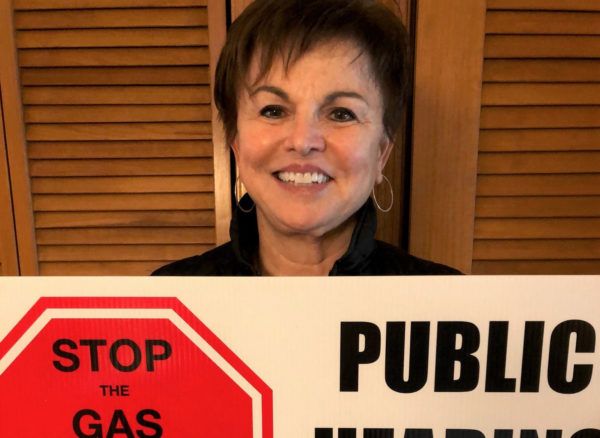 Michele Marantz had been preparing to get arrested in an act of civil disobedience to stop the Keystone XL pipeline when the project was first called off in 2015.

She didn’t know then that the pipeline fight would hit close to home. But just a few years later, new fracked gas projects were proposed in her hometown of Longmeadow, Mass. A metering station—the part of a pipeline that measures gas flow—was proposed to be built next to an elementary school.

“I had a sense of shock that this was happening so close to me, and also a profound concern about what this would do not only to our community but also to the Springfield community,” said Michele. “The proposed metering station would enable a high-pressure pipeline to go through Longmeadow, but also into a residential neighborhood in Springfield.”

Michele and her neighbors formed the Longmeadow Pipeline Awareness Group but needed help making a plan and putting put that plan into action. Michele called Community Action Works and our organizer Mary drove down to meet with her and her neighbors to train them on how to organize around an upcoming hearing and win a community vote.

Activists from the predominantly white, middle-class town of Longmeadow came together with Black, Brown and white working-class leaders in Springfield and Holyoke to organize a united front against this pipeline that would impact all three towns.

This summer, at a special town meeting, Michele and the Longmeadow Pipeline Awareness Group won a key victory: the town voted to approve a zoning bylaw that prohibits metering stations in residential neighborhoods, effectively banning the project in town. This important win could be the beginning of the end for this project.

But for Michele, the fight is far from over.

“There is no planet B. What we do to our environment and our climate is going to affect us all, and it is affecting us all now,” said Michele. “There’s nowhere to hide when it comes to the environment. It’s staring us right in the face.”

We need a transition to clean, local renewable energy now to protect our health, climate and environment. We can’t afford to build more pipelines for fossil fuels. Leaders like Michele are making sure their towns and cities across the region continue to move forward on clean energy.