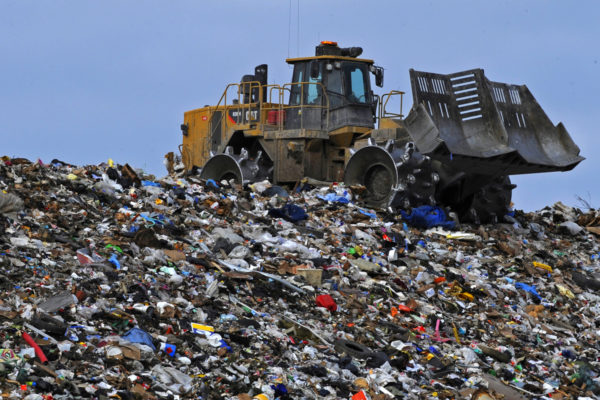 Concord, NH (September 26, 2018) — After hearing arguments from the parties in an open court hearing on Tuesday, a federal district judge in Concord denied Casella Waste System’s and North Country Environmental Services’ (NCES) motion to dismiss a lawsuit filed against them by Community Action Works and Conservation Law Foundation. The lawsuit alleges illegal discharges of pollutants from the companies’ Bethlehem landfill into the Ammonoosuc River.

“Casella and NCES are illegally discharging harmful pollutants into our waters, and they must be held accountable,” said Tom Irwin, Vice President and Director of Conservation Law Foundation New Hampshire. “The recent ruling is an important step forward in our case, and we will continue to fight to protect the Bethlehem community and precious resources like the Ammonoosuc.”

The lawsuit alleges that a drainage channel at the landfill, operated by the defendants, collects landfill pollutants and discharges those pollutants into the Ammonoosuc River without a discharge permit as required by the federal Clean Water Act.

Casella and NCES sought to have the case dismissed on three grounds: that Community Action Works and Conservation Law Foundation did not have standing to bring suit; that the discharges from the drainage channel did not require a Clean Water Act permit; and that Casella is not a proper defendant. U.S. District Judge Paul Barbadoro denied the motion to dismiss on all three grounds.

“Nearby families can’t run from polluted water, and Casella and NCES shouldn’t be able to either,” said Shaina Kasper, Vermont and New Hampshire State Director at Community Action Works. “The landfill’s pollution has gone on for far too long and it’s time to hold them accountable.”

The lawsuit alleges that the landfill’s discharges into the Ammonoosuc River contain elevated levels of iron, manganese, and 1,4-dioxane (a suspected carcinogen). The Clean Water Act prohibits pollutant discharges from ditches and channels unless they comply with the effluent limitations set forth in a National Pollutant Discharge Elimination System permit.

The case is scheduled for trial in October 2019. Community Action Works and Conservation Law Foundation will now build their case through the pre-trial discovery process.

Community Action Works is a non-profit organization that works side-by-side with communities throughout New England to prevent and clean up pollution at the local level. For more information, visit www.communityactionworks.org.

Conservation Law Foundation is a non-profit organization that uses the law, science and the market to create solutions that preserve our natural resources, build healthy communities, and sustain a vibrant economy. For more information, visit www.clf.org.

The groups are represented by the Boston-based, non-profit National Environmental Law Center, which represents citizen groups across the country in actions to enforce the nation’s environmental laws; and attorneys David Nicholas of Newton, Massachusetts, and Daniel J. Mullen of Ransmeier & Spellman P.C. in Concord.