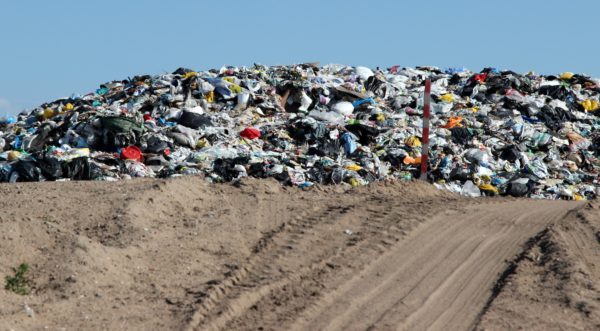 WORCESTER—On October 1, a federal district court judge dismissed a lawsuit against the owners and operators of the Southbridge (Massachusetts) Landfill, sparking outrage from local residents and environmental organizations who allege that the landfill has polluted private wells and surrounding wetlands with toxic pollutants.

“We think the judge got this 100% wrong,” said Claire Miller of Community Action Works, one of the groups that brought the case.  “We are currently exploring our options for challenging what we believe is the unjust dismissal of a case that is critical to protecting the health of local residents and the integrity of our local environment.”

When Community Action Works, Environment Massachusetts, and 99 local residents sued Casella Waste Systems, Southbridge Recycling & Disposal Park, and the Town of Southbridge  in June of 2017, 88 private wells had already been contaminated with one or more pollutants – 45 in Charlton and 43 in Sturbridge. Pollutants found in wells included lead, 1,4-dioxane (a suspected carcinogen), trichloroethylene (another carcinogen), other chlorinated volatile organic compounds, and arsenic.

“Casella’s own reports to the Massachusetts Department of Environment Protection  show that the Landfill has for many years been discharging high levels of these pollutants into groundwater,” explained Ben Hellerstein, State Director of Environment Massachusetts.  “The idea that previous state enforcement actions have fully addressed the many health and environmental threats created by this landfill, as the judge’s opinion suggests, is simply wrong.”

In addition to well contamination, the groups allege that the Southbridge Landfill is discharging high levels of 1,4-dioxane and lead, as well as iron, copper, arsenic, barium, manganese, and cyanide, into wetlands surrounding the facility.  Contaminated groundwater from the Landfill flows directly into these wetlands, and Casella’s reports to DEP indicate that the wetlands contain many of these pollutants in concentrations that exceed Massachusetts water quality guidelines—as Judge Timothy Hillman’s opinion recognized.

“Contamination of these wetlands is unacceptable. Wetlands play an integral role in protecting water quality in Massachusetts’ rivers and streams,” added Hellerstein. “

“Our recent report, Trash in Massachusetts, documents the fact that landfills pollute air, water, and the land they sit on. The dismissal of this case creates another form of landfill—it buries important facts,” commented Janet Domenitz, Executive Director of MASSPIRG, a public interest organization that works to reduce waste.

The Resource Conservation and Recovery Act’s “citizen suit” provision allows private individuals and organizations to sue owners and operators of waste disposal facilities that endanger human health and the environment.  The Clean Water Act’s citizen suit provision allows private citizens affected by violations of the law to bring an enforcement suit in federal court. Citizens can seek a court order requiring compliance with the law and mitigation of the threats to public health, and, under the Clean Water Act, can seek civil penalties.

Toxics Action Center is a non-profit organization that works side-by-side with communities throughout New England to prevent and clean up pollution at the local level.  For more information, visit www.communityactionworks.org.

The groups are represented by the Boston-based, non-profit National Environmental Law Center, which represents citizen groups across the country in actions to enforce the nation’s environmental laws; and attorney David Nicholas of Newton, Massachusetts.