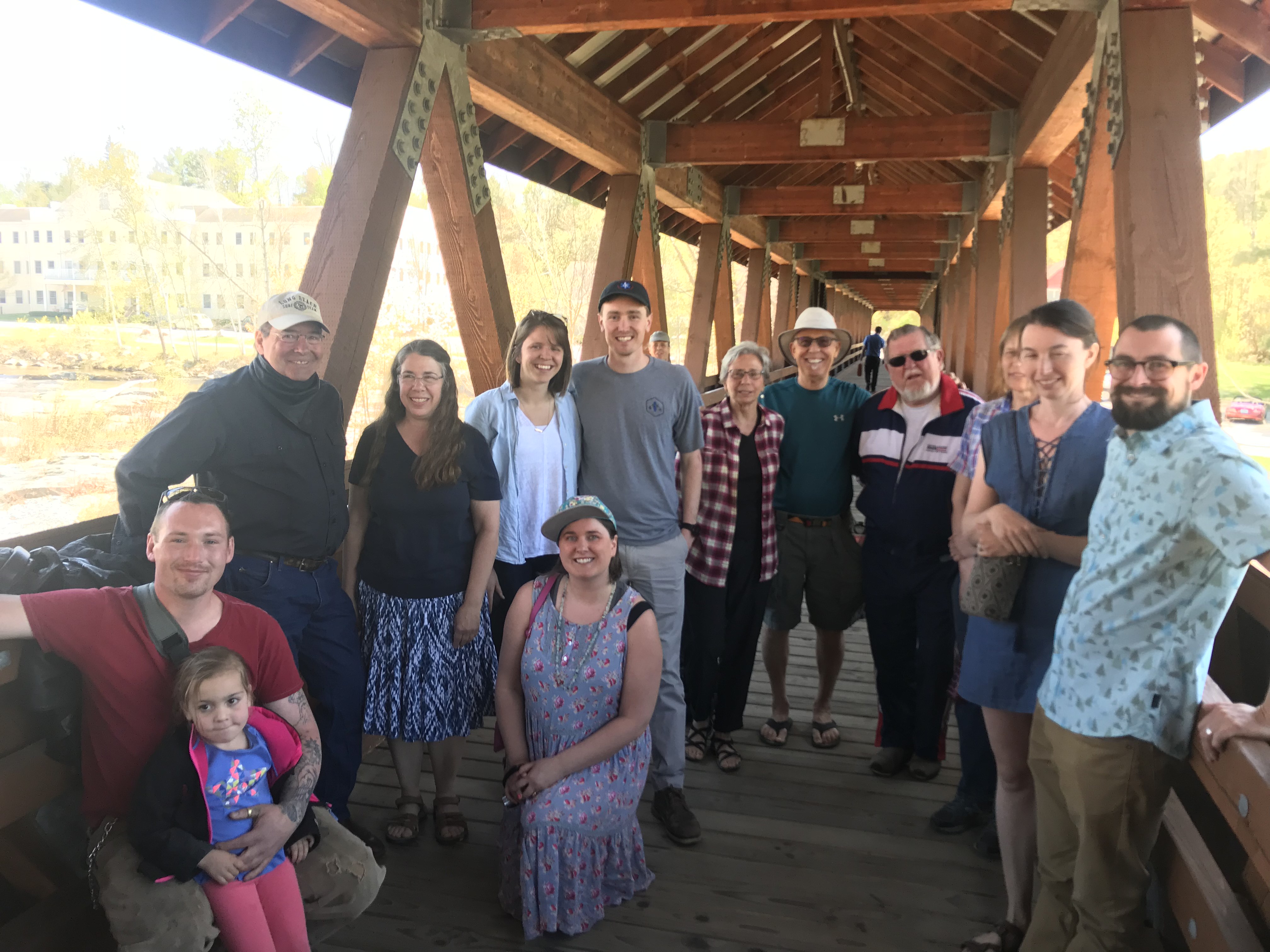 BETHLEHEM, NH (May 14, 2018) – Community Action Works and Conservation Law Foundation filed a federal lawsuit today in the U.S. District Court in Concord against Casella Waste Systems, Inc. and North Country Environmental Services, Inc. for illegal discharges of pollutants from the Bethlehem Landfill into the Ammonoosuc River.

The suit alleges that a drainage channel owned and operated by the defendants collects leachate and contaminated groundwater from the landfill and discharges it into the river, in violation of the federal Clean Water Act. These discharges contain elevated levels of iron, manganese, and 1,4-dioxane (a suspected carcinogen).

“Casella has a track record of releasing harmful contaminants into the environment, and this is not the first time the company has failed to protect New England waterways,” said Woody Little of Community Action Works. “Residents are rightfully concerned about the health of the river, which is part of why they voted in March against the expansion of the landfill. That’s the twelfth time Bethlehem has voted against expansion in 31 years. We’re proud to stand with them today.”

As alleged in the suit, the Clean Water Act prohibits the discharge of pollutants from sources like the Landfill’s drainage channel unless the discharger has gone through the process of obtaining a National Pollutant Discharge Elimination System permit. Neither Casella nor North Country Environmental Services has applied for, or received, such a permit.

“Casella must finally be held responsible for its illegal discharges of pollutants into the Ammonoosuc River,” said Tom Irwin, Director of Conservation Law Foundation New Hampshire. “Unfortunately, this pollution is another sign that landfills are dangerous and not a sustainable solution to our waste problems. It’s time to stop expanding toxic landfills and start protecting communities by reducing waste at its source through recycling and other efforts.”

The lawsuit comes after residents of Bethlehem again rejected Casella’s bid to expand the size of the landfill in March. The Bethlehem Landfill is operated by Casella, one of the largest waste collection firms in the northeast, and its subsidiary North Country Environmental Services (which also owns the landfill).

“We rejected the landfill expansion because we believe in a better future for our families and our town,” said Kristina Zontini, Bethlehem resident, Community Action Works member, and co-founder of the community group Growing Without Garbage. “Now that we know the landfill is leaking, we’re fighting to protect that future.”

“Our vision is positive, healthy growth that moves Bethlehem forward. Hosting a landfill leaking toxins into our environment only sets us back,” said Teresa Tupaj Wood, Bethlehem resident and founder of the community group Build a Better Bethlehem. “The Ammonoosuc River is one of our most precious resources, and Casella must be held accountable for the harm they have caused. And as citizens, we must continue to vote against any landfill expansion.”

Community Action Works is a non-profit organization that works side-by-side with communities throughout New England to prevent and clean up pollution at the local level. For more information, visit www.communityactionworks.org.

Conservation Law Foundation is a non-profit organization that uses the law, science and the market to create solutions that preserve our natural resources, build healthy communities, and sustain a vibrant economy. For more information, visit www.clf.org.

The groups are represented by the Boston-based, non-profit National Environmental Law Center, which represents citizen groups across the country in actions to enforce the nation’s environmental laws; and attorneys David Nicholas of Newton, Massachusetts, and Daniel J. Mullen of Ransmeier & Spellman P.C. in Concord.