Weymouth, Mass. – Commissioner Martin Suuberg of the Department of Environmental Protection (DEP) issued an approval of the air quality permit for the Weymouth compressor station today. The compressor has been the focus of hot attention, even just yesterday a letter was released signed by half the Senate opposing the proposal.

“Another nail in the coffin of Governor Baker’s climate legacy, ” said Claire Miller of Community Action Works and Mass Power Forward, “since day one our movement has been clear that what we require is no new gas pipelines. This air permit was the perfect opportunity to do the right thing, and our Governor willfully made the wrong move.” Community Action Works has been supporting the Fore River Residents Against the Compressor Station since its founding in 2015. 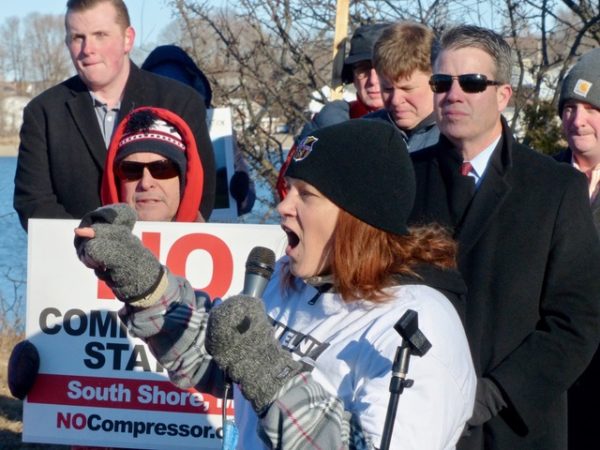 “The state permitting process has again shown itself to be completely broken,” said Vick Mohanka of Clean Water Action and Mass Power Forward.  “There is no consideration of the public in decision making, and we need to see a plan from the Governor to put Massachusetts in a position to meet Global Warming Solutions Act goals instead of continuing to build fossil fuel infrastructure solely for corporate profit.”

“The fossil fuel industry has wreaked havoc on our climate and upon communities that directly bear the burden of industrial pollution like those in the Four River Basin,” said Alan Palm of 350 Mass and Mass Power Forward. “Despite the brave resistance of grassroots groups like FRRACS and local elected representatives, the pattern of sacrificing people’s health, lives and futures for the sake of corporate profits continues because of the cowardly capitulation of those in the highest positions of power like Donald Trump and Charlie Baker.”

Canton Residents for a Sustainable, Equitable Future declare the decision a travesty where by our state government is acting in the narrow interests of the fossil fuel industry without rational consideration and regard for the communities which would be directly affected, burdened and damaged by installing the gas compressor station.  The air permit approval positions our state to hit the accelerator on a misguided trajectory which will increase greenhouse gasses into our atmosphere and offer a green-light to further fossil fuel investment and infrastructure in Massachusetts.

“As we’ve seen in Sandisfield and Agawam before, and now in Weymouth, Governor Baker’s Department of Environmental Protection is more concerned with protecting perceived economic concerns than the Commonwealth’s environment that it is charged to protect,” said Cathy Kristofferson of the Massachusetts Pipeline Awareness Network. “Ignoring the cumulative impacts to air and water quality, sensitive ecosystems and wildlife, is a hallmark of the Baker administration.” 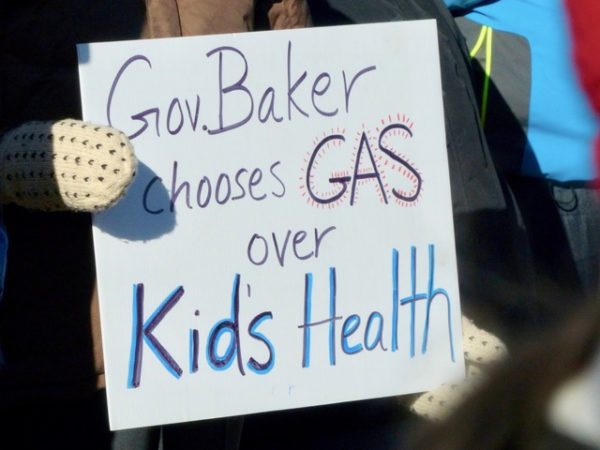