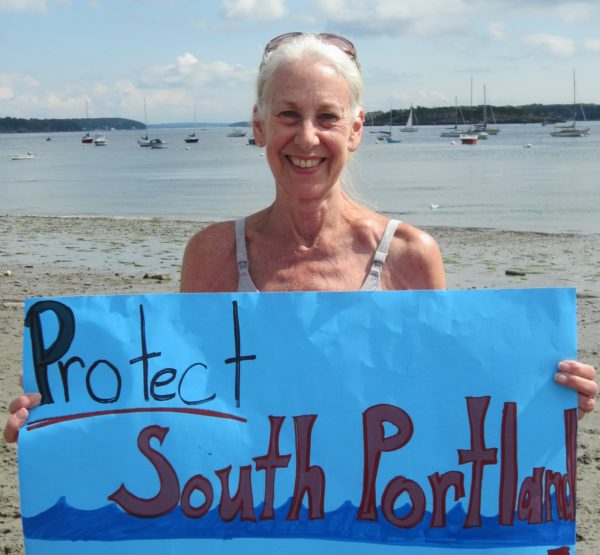 Just a few weeks ago, Global Partners—the energy company that owns 10 oil tanks in South Portland—agreed to pay a fine after being charged with violating the Clean Air Act for more than a decade.

This came as a surprise to city officials and residents who live near the facility and were not notified that Global Partners’ toxic emissions exceeded the levels allowable by the EPA.

We need to make sure Global Partners is held accountable. Sign the petition to demand Global Partners pay for upgrades to its facilities and stop polluting our communities.

This isn’t the first time that South Portland has stood up against the fossil fuel industry to protect our air. Concerned neighbors joined together and formed Protect South Portland, and we’ve been proud to stand with them through incredible victories to protect our health. Thanks to their organizing, the City Council passed the Clear Skies ordinance in 2014 to block ExxonMobil’s tar sands oil pipeline that would have polluted the air. This year, in a landmark case, a federal judge sided with Protect South Portland in upholding that ordinance.

Now, faced with toxic emissions that are more than double the level allowed by the Maine Department of Environmental Protection, Protect South Portland is organizing to make sure this polluter is held accountable and our air is protected. Known as VOCs, these pollutants can cause headaches, nausea, and harm the liver, kidneys and central nervous system when people breathe them in.3

Add your name for clean air in South Portland, Portland, Cape Elizabeth and beyond!

Global Partners’ toxic pollution over the past decade is an egregious violation of our health and environment. But we’re inspired by community leaders like Protect South Portland who are standing up to demand that this polluter is held accountable. Thanks for taking action.