COMMUNITY ACTION WORKS: THROUGH THE YEARS

As we kick off our first year as Community Action Works (formerly known as Toxics Action Center), we’re looking back at the decades of history that brought us to where we are today.

Our team today stands on the shoulders of decades of community action. From the first Local Environmental Action conference, to cleaning up toxic pollution in Groton, MA and stopping a gas plant from being built in Harpswell, ME, our work builds on more than 30 years of everyday people taking action.

Check out eight short stories from our founding in 1987 to our work together in 2020 and beyond.

In 1987, Community Action Works was founded in response to a toxic problem in Woburn, MA, where W.R. Grace and other companies dumped toxic chemicals into the ground. That contamination led to a childhood cancer cluster that claimed the lives of more than a dozen children. Read more. 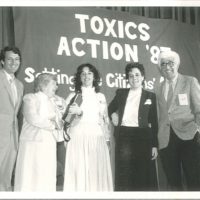 In the early days, Community Action Works’s first staff sat in the office answering call after call from neighbors who were concerned about environmental threats. We spent hours coaching these neighbors through organizing a community group, putting together a winning action plan, finding the data and information to back up their case, and working with the media. Read more. 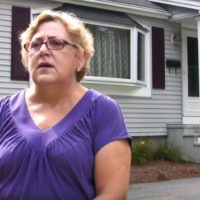 AN EARLY VICTORY IN GROTON, MA

If something is threatening your health, your community and your environment, chances are you want to stop it. That’s how Groton neighbors felt in 1986 when they discovered high levels of the toxic chemical trichloroethylene in the private drinking water wells of 70 families. Read more. 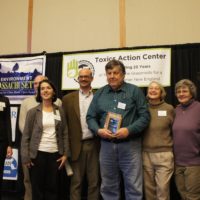 HOW BUILDING COMMUNITY POWER WORKED IN HARPSWELL, ME

In 2004, two of the largest fossil fuel companies in the world, ConocoPhilips and TransCanada (now TC energy), proposed building a highly pressurized liquid natural gas facility on the coast in Harpswell, ME. The tanks would jeopardize the fishing and lobster industries and put neighbors at risk for health impacts from air pollution and even explosions. Read more. 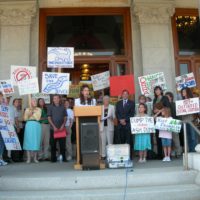 Community groups are stronger with connection. In Franklin, CT, where there was a proposal to site a toxic incinerator ash landfill directly on top of an aquifer and on the banks of the Shetucket River, those connections made all the difference. Read more. 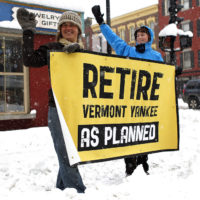 Too many corporations act irresponsibly, and the most effective way to hold them accountable is to build community power. Vermont Yankee Nuclear Power Station, a nuclear power plant with an atrocious safety record, was one of those corporations. Read more. 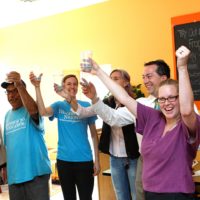 PARTNERING WITH EXPERIENCED ORGANIZERS FOR SOLUTIONS IN HOLYOKE, MA

We worked with Neighbor to Neighbor to retire a coal plant in Holyoke, MA, which was making people in the neighboring Latinx community sick. But we recognized that closing the plant wasn’t enough—the city needed to be made whole with the good jobs the community wanted. Read more.

Even though our name has changed, our mission and the core of who we remain the same. We believe that environmental threats are big, but the power of well-organized community groups is bigger. Read more.