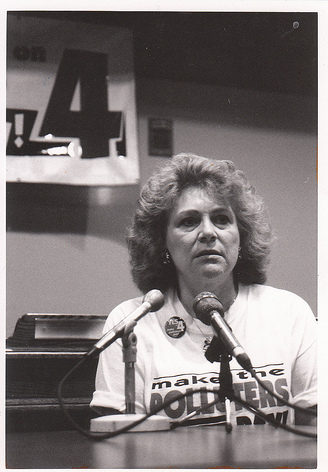 In 1987, Community Action Works was founded in response to a toxic problem in Woburn, MA where W.R. Grace and other companies dumped toxic chemicals into the ground. That contamination led to a childhood cancer cluster that claimed the lives of more than a dozen children.

When parents of sick kids began running into each other at Massachusetts General Hospital’s cancer ward, they realized these weren’t private family tragedies, but rather the signs of a community-wide problem.

This high-profile tragedy, along with a series of other wake-up calls playing out around the same time across the country, made it clear that to prevent environmental threats, we need more than just knowledge and experts: We need to build community power. MASSPIRG recognized that there was a need for an organization to work with people facing these profound environmental threats, and organized thousands of volunteers to support a ballot question that led to the founding of Community Action Works.