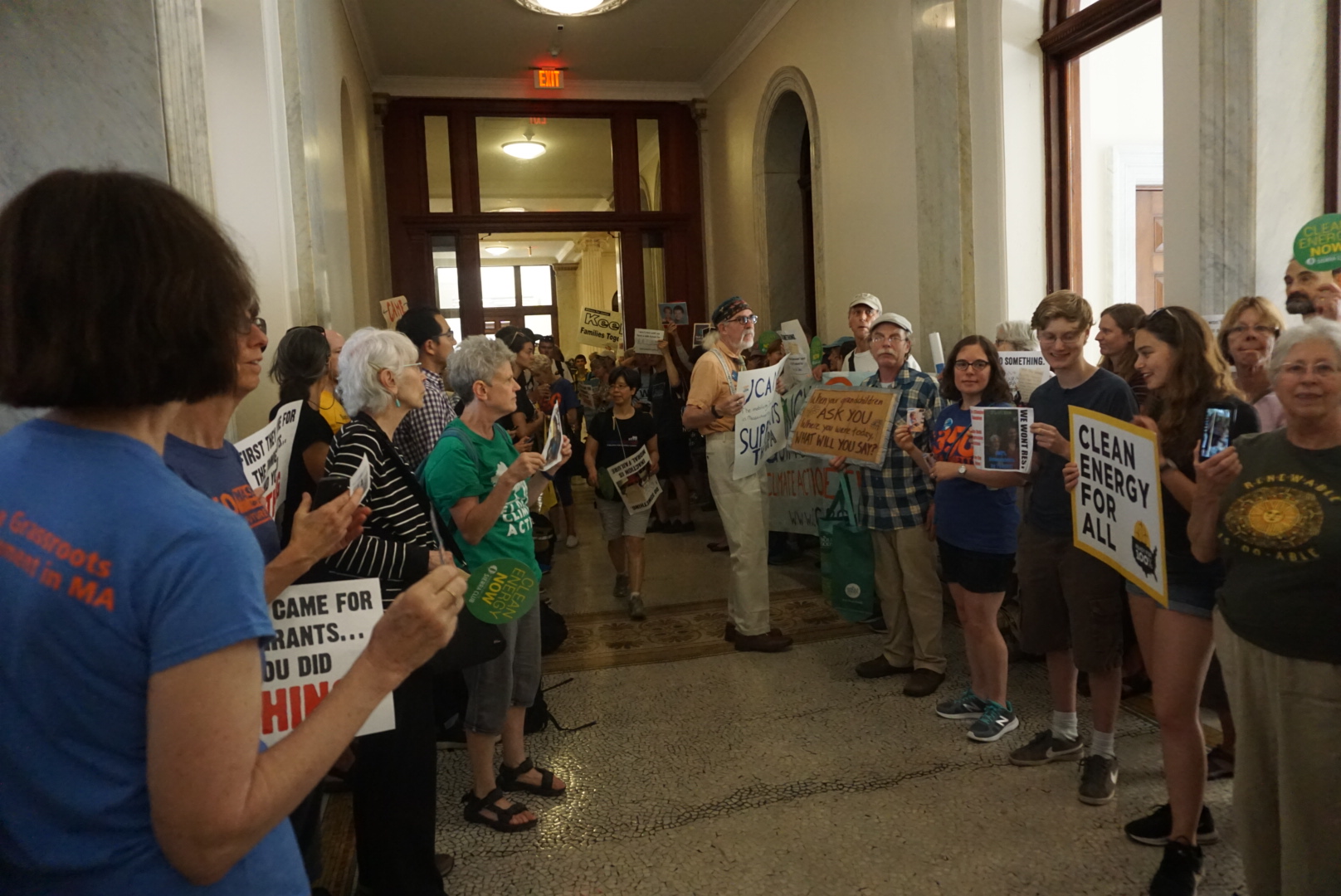 BOSTON–The Massachusetts House and Senate Conference Committee released a compromise energy bill tonight that includes the following provisions: boosts the Renewable Portfolio Standard (RPS) annual increase to 2 percent from the current 1 percent starting in 2020, but declines back to 1 percent in 2030; authorizes 1,000 megawatt hours of energy storage and 1,600 megawatts of offshore wind; and expands energy efficiency offerings within the MassSave program.

The bill falls far short of what the State Senate passed in June, and is much closer to the legislation passed by the House of Representatives. The Senate bill eliminated the cap on solar net metering as well as new solar charges recently imposed by Eversource, boosted the Renewable Portfolio Standard rate of increase to 3 percent a year, and mandated 5,000 megawatts of offshore wind. In contrast the compromise bill does not reduce existing barriers to solar energy, despite Massachusetts losing approximately three thousand solar jobs in the last year. It also includes a new “clean peak” standard which incentivizes waste incineration.

“We are disappointed but ultimately not surprised,” said Andrew Gordon of 350 Massachusetts. “ While some in the legislature may applaud this, the gap between what is required and what actually happened is significant. Champions like Kay Khan, Stephen Kulik, and Marc Pacheco offered actual leadership on the issue and deserve recognition. But my membership can’t applaud a bill that considers burning trash a clean, renewable source of energy.”

“We are glad that an energy bill was passed this session, and applaud the hard work of those who made this possible,” said Vick Mohanka of Clean Water Action. “The legislature had the chance this session to help solve solar access for all residents, stop pipeline expansion, and create bold solutions to the massive public challenges of climate change, but instead chose not to address them. In addition, it is straight out 1984 to call waste incineration renewable energy – it emits more pollution than coal per unit energy.”

“That’s it? After two years, hundreds and hundreds of calls, visits and emails, the Leadership of the House and Governor Baker clearly did not hear the message from the people. Climate change is here, Massachusetts has a lot to gain not only from being a leader to other states, but also in reaping the benefits of being powered by clean, local renewable energy. How burning trash ended up in a so-called clean peak standard is profoundly disturbing. At least there is no subsidy for building new fracked gas pipelines,” said Claire Miller of Community Action Works, “I’m very grateful to our champs, and deeply disappointed in House Leadership and our Governor. We’ll be back!”