Calling for Safe Alternatives to Toxic Pesticides in Vermont 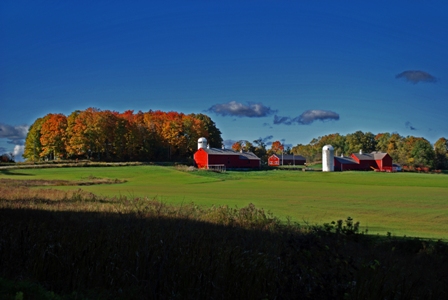 Community Action Works has been organizing for years with residents in the Champlain Valley to stop pesticide spraying that jeopardizes our health. This summer, as toxic chemicals are sprayed out of the back of pick-up trucks along town roads by homes, farms and waterways, we’re joining our partners at the Environmental and Natural Resources Law Clinic at the Vermont Law School to sue.

The towns of Brandon, Leicester, Salisbury, Goshen and Pittsford formed an insect control district nearly 30 years ago to manage mosquitoes in the area. But while neighboring areas have developed successful programs to control mosquitoes with safe alternatives to pesticides, the state just approved the district’s plan to continue with dirty business as usual.

Fortunately for neighbors, that runs against the state’s own law. Vermont has an updated law to protect our health and environment that requires the district to exhaust all non-harmful alternatives first, before resorting to chemicals. Our lawsuit alleges that the Vermont Department of Environmental Conservation, who permitted the district’s pesticide plan, is not following state requirements.

Residents in the area are rightfully concerned that the pesticide spraying will endanger the health of their homes, rivers and lakes. The group’s leaders include organic farmers and beekeepers who work hard to keep their crops pesticide-free and an avid fisherman who is worried that it’s not safe for his grandson to visit him, much less eat his catch.

Community Action Works worked to strengthen protections from pesticides in Vermont by making the process of applying for a permit to spray chemicals more rigorous. The improved process requires applicants to minimize chemical pesticide use and consider the impacts on water, insects and animals before using them. We’re working to make sure that those hard-won protections will not be ignored.

We’re standing with neighbors in supporting safe alternatives to pesticides. Communities across our region are going pesticide-free, and with the towns just next door controlling mosquitoes with non-harmful alternatives, we know it’s possible.