How building community power worked in Harpswell, ME

Local residents care deeply about the health of their community and should be in control of what happens in their environment. That’s why the most effective way to build healthier communities and a stronger democracy is to build community power.

In 2004, two of the largest fossil fuel companies in the world, ConocoPhilips and TransCanada (now TC energy), proposed building a highly pressurized liquid natural gas facility on the coast in Harpswell, Maine. The tanks would jeopardize the fishing and lobster industries and put neighbors at risk for health impacts from air pollution and even explosions. 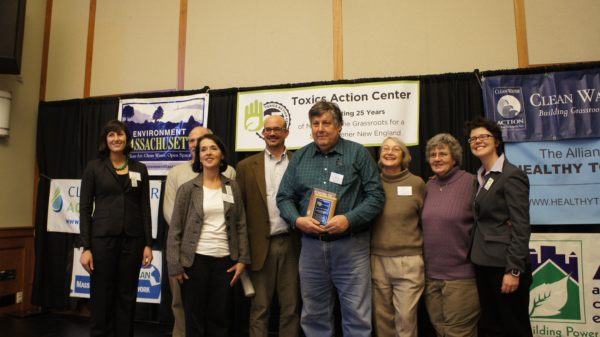 Fishing families, lobstering families, and neighbors came together to stop a dangerous gas plant. We gave them our Activism Award in 2012.

Fishing families, lobstering families and neighbors joined together and we helped them get organized. Community Action Works Campaigns worked with them to craft a message that would capture the hearts and the minds of the community. It worked—residents voted down the proposal at the ballot box with 58 percent of the vote, protecting Harpswell residents from dangerous fossil fuels in their community.